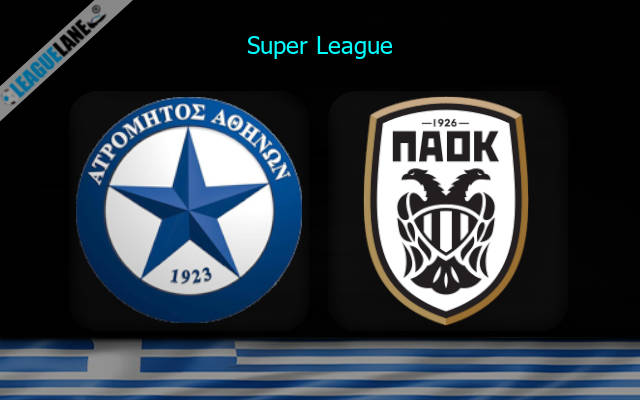 Atromitos vs PAOK Predictions and Free Tips from our expert tipsters when the teams go head-to-head in the Greece Super League on Wednesday, 28 December 2022.

Atromitos have had a decent form so far in this campaign. However, an inconsistent form is always troubling them in sealing wins. They are currently at 7th position in the league standings.

Going on, Atromitos will have a tough ask on Wednesday as they faces an in-form PAOK. They are at third position in the league standings and are on a four-fixture winning streak at present.

PAOK can rely on the recent tradition since they won the last two encounters against Atromitos. The latest encounter had finished in a 2-1 win for PAOK.

At this venue, PAOK were unbeaten in 8 of the last 10 clashes against Atromitos. Six of those 8 were victories.

Who will win the match between Atromitos vs PAOK?

Atromitos were winless in four of the last six home matches. Meanwhile, PAOK won three of the last four on the road matches.

Going on, PAOK have a strong head to head form against Atromitos at this venue. In that case, we expect a victory for PAOK on Wednesday.

PAOK have netted in a total of five goals in the last two away matches. Moreover, two of the last three encounters played by PAOK saw the landing of over 2.5 goals ft.

By the looks of things, we expect over 2.5 goals ft in this Super League clash between Atromitos and PAOK.

PAOK defense have been so hard to crack down of late. They have recorded a clean sheet in the last four league matches in a row. Since Atromitos are having an average attacking side, we quite don’t see a both teams involving match here.

The current form PAOK is so impressive that we can’t resist us from backing a win for them. We like to back them to seal a win at 1.83 odds.