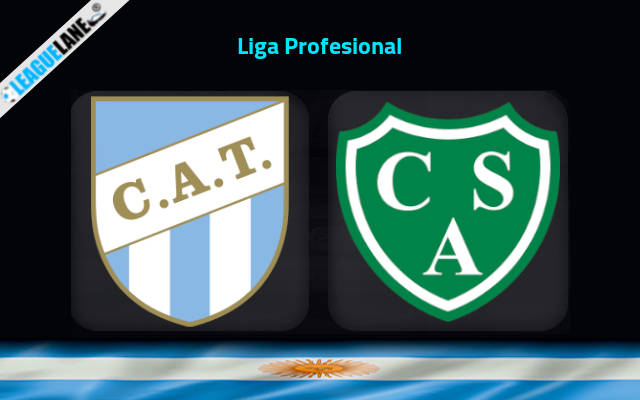 Round 8 of Liga Profesional is set for this weekend as Atletico Tucuman play host to Sarmiento where both these sides differ by 5 points but are separated by 10 places. These two teams will be seen clashing at Estadio Monumental Jose Fierro, this Tuesday.

Atletico Tucuman is at the 3rd spot on the standing with 16 points from 8 games. They won and lost 4 times each in the league while having not yet lost a game. The hosts now trail current leaders Godoy Cruz by just a single point and has the best defense in the league.

The hosts will be looking for a repeat result of the 1-0 Superliga success against Aldosivi. Fewer than three goals per game were seen in 5 of the past 6 fixtures where they have been participants.

On the other hand, Sarmiento resides at the 14th position on the table with 11 points. Of the 8 matches played, they won and lost 3 games each while having drawn on twice other occasions. The visitors have seen netting frequently but they tend to concede more of the same which hints that some defensive adjustments is needed.

The visitors ended a run of three games without a victory courtesy of a 2-0 triumph over Defensa y Justicia, last Friday. In the course of their 6 most recent matches, Israel Damonte’s men have fired home 7 times, earning them a goals scored per game average of 1.17.

Remarkable stuff from Atletico Tucuman at home, where they are currently unbeaten in 4 Liga Profesional games. The opposition defense will have to be at their best today as the home side have scored in the last 7 games in front of their own fans.

Meanwhile, Sarmiento has played away 4 times in this tournament, with a record of 3 defeats and a draw. Moreover, they lost the last 2 visits to Estadio Monumental Jose Fierro, conceding 6 goals in total.