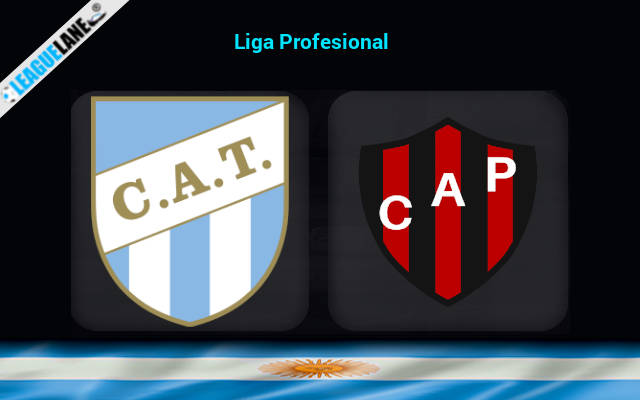 Atletico Tucuman are playing great under the new manager and we see them as favorites here against Patronato.

The visitors won just one and lost five of nine away outings this term, scoring only 7 goals in the process. They’ve lost the last two away clashes against Atletico Tucuman and we doubt Ivan Delfino’s men will bring such a streak to an end on Monday.

Atletico Tucuman will have a nice chance to make it three straight Liga Profesional games without a defeat on Monday evening when they play host to relegation-threatened Patronato in the 18th round of the competition.

The hosts claimed four points from the last two rounds despite playing two top-half rivals in the process.

A 4-3 victory over Defensa y Justicia was followed by a 1-1 draw away at Independiente last week.

Atletico were very close to snatching a win at Independiente as well, but their rivals came up with the equalizer two minutes from time.

It is worth mentioning that the hosts have significantly improved their displays since Pablo Guinazu took over Omar De Felippe on the bench.

Guinazu can thus easily get a record of two wins and a draw on Atletico’s bench after Monday’s affair against Patronato who desperately need points to keep the hopes of saving the elite class status alive.

The visitors are currently second from bottom in the aggregate relegation table and they need to turn their fortunes around as soon as possible if they want to stay in the top tier.

Tips for Atletico Tucuman vs Patronato