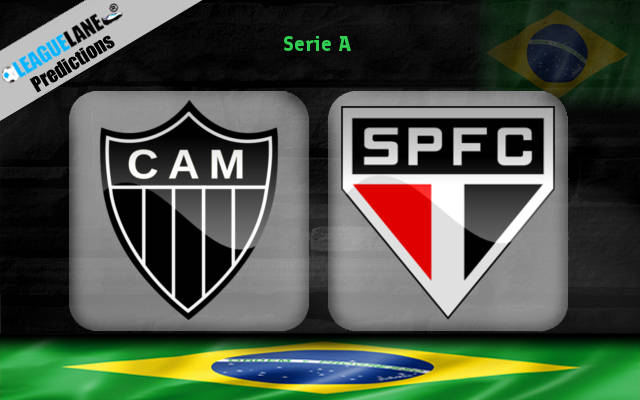 Mineiro are on a splendid run at the moment, and particularly so at home. Meanwhile, Sao Paulo are struggling to perform on the road, and they have a poor h2h record at this venue over the years. Likely, expect Mineiro to deliver a win this weekend at their home.

Atletico had finished third in the table the last season, and had scored the second-most number of goals in the competition. They are targeting a podium finish once more this time around.

Meanwhile, Sao Paulo are yet to post a win this season in the Serie A, and they are yet to score a goal as well. In fact, the newly-promoted America MG are the only other squad yet to find the back of the net.

By the looks of things, expect Atletico to post the three points on the board.

Mineiro were unbeaten in 15 of their last 16 overall fixtures, and they also had recorded separate three-fixture and four-game winning streaks.

Note that they had also lost just twice at home in their former 25 appearances, and in the process had gone on a stretch of 13 wins from 14 match-ups.

On the other hand, their counterparts were winless in nine of their past fourteen overall fixtures, and they are on a seven-match winless run on the road.

On top of that, Sao Paulo also have a poor h2h record at this venue.

For these reasons, expect an Atletico Mineiro win this Sunday.