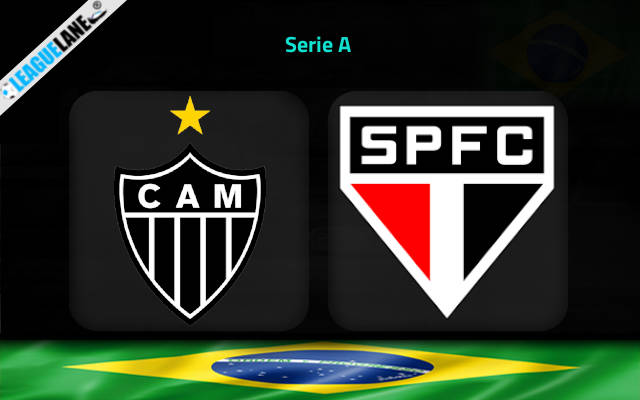 Atletico have been one of the most consistent teams in the Brazilian top flight and they are placed 3rd in the table as of now. They are also one of the very few teams to have remained unbeaten in the past 5 fixtures in the competition.

They have also secured the most number of points from home fixtures so far this campaign and only once have they lost here as well.

Meanwhile Sao Paulo are going through a rather inconsistent stretch of results as of now, and are placed below the top-6 of the table. They are also letting in goals in plenty and they have been unable to showcase any kind of consistency in their road fixtures lately.

Judging these observations, as well as the head-to-head superiority of Atletico MG, expect a win for them this Sunday at their home.

Atletico had won 5 of their past 6 overall fixtures and they are also on an 8-game unbeaten run. They were also unbeaten in 27 of their past 30 overall games and in the process, they had even gone on an 11-fixture winning streak.

On the other hand, Sao Paulo were winless in 5 of their last 9 overall matches, and they had remained so in 9 of their past 12 road trips.

In addition, they also have a rather inferior head-to-head record against this rival over the years.

For these reasons expect a victory for Atletico MG this weekend.