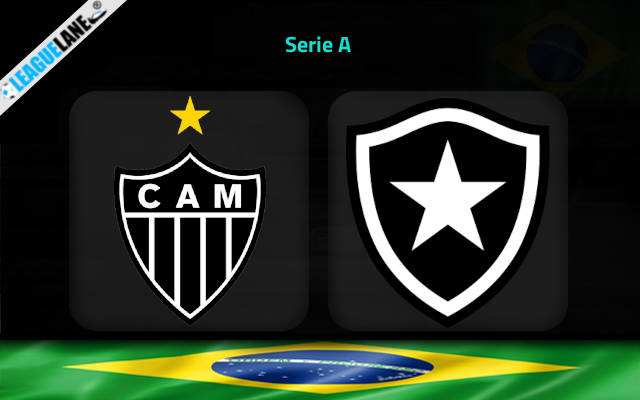 Atletico are in such poor form, that their only win in the past five match-days came against the dead-last placed Juventude. Meanwhile, Botafogo are in far better form, and they are scoring goals in admirable numbers.

They are going after a spot in the top-six, and their current form suggests that they can deal with the gap of seven points easily.

They are scoring goals quite in plenty lately, and managed to do so even on the road. In fact, they have been at their best lately in road fixtures.

In fact, only one team has scored more goals or won more than them on the road in the entire Brazilian top flight – toppers Palmeiras.

Meanwhile, not only did Atletico drop several points in the past match-days, but they conceded goals in huge numbers too.

The only performance which provided some sense of normalcy to their fans was their win against the 20th placed Juventude.

Judging recent performances, it is expected that Botafogo are about to deliver a winning performance this Monday at the Mineirao.

Atletico have just five wins to their name in the past four months, and just one in the past whole month. It should also be noted that they won just twice at home in the last three months.

On the other hand, Botafogo lost just four times in the last four months, and incidentally three of these defeats came against the teams that are currently placed first to third in the league table.

Moreover, they have a 100% winning record on the road since July, barring just two draws.

By the looks of things, expect a win for Botafogo this Monday.

Tips for Atletico MG vs Botafogo