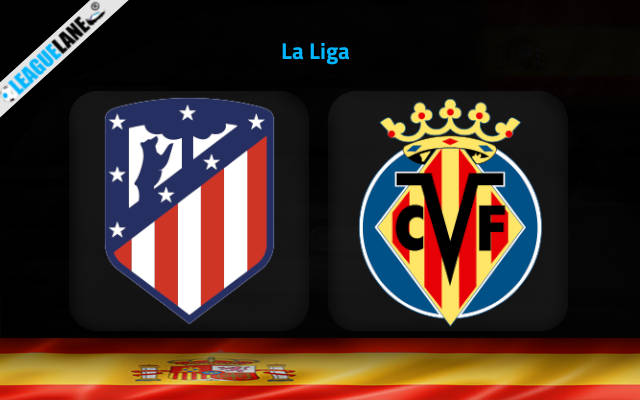 Atletico Madrid and Villarreal will lock horns in one of the most exciting clashes of Gameweek No 2 in Spanish La Liga on Sunday afternoon at Estadio Civitas Metropolitano in Madrid.

Both teams opened the season in a fantastic way, celebrating impressive 0-3 wins against Getafe and Valladolid respectively.

We have to particularly praise Atletico Madrid who are looking phenomenal this summer. Los Colchoneros have won five games in a row, including four preseason wins in friendlies.

If we know their rivals included the likes of Manchester City and Juventus in the preseason exhibitions, we know the level at which Diego Simeone’s men are right now.

Alvaro Morata is the man to keep a close look at. The Spanish forward has notched five goals in the last two appearances for Atleti.

This includes a hat-trick in the 0-4 thumping of Juventus and a brace in the 0-3 win over Getafe on the opening day of the new La Liga season.

Nevertheless, Villarreal have been almost equally impressive in the preseason, beating the likes of Southampton and Inter Milan among others.

They have claimed an easy 0-3 victory at Real Valladolid eight days ago in the first match of the campaign.

It is worth mentioning, though, that Villarreal’s performance against Valladolid can hardly match Atletico Madrid’s dominance in the clash with Getafe.

Both teams will enter this match on a high following their recent performances. We do, however, struggle to find value in backing the home win pick at the 1.83 odds knowing that Atleti have only won two of the previous six meetings with Villarreal.

Instead, the draw looks as a much better option at the 3.50 odds, while you can also chase the Both Teams To Score bet at the 1.90 odds.