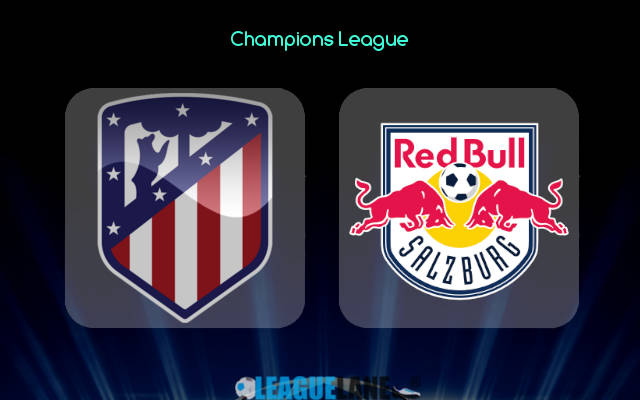 Atletico Madrid welcome Salzburg on matchday 2 of the 2020/21 UEFA Champions League and will be looking for their first win of the campaign after the humiliating 4-0 defeat at Munich.

Salzburg on the other hand started their campaign as strong favourites against Russian outfit Lokomotiv Moscow and will be disappointed to have earned just a point in the 2-2 stalemate. The Austrians were undoubtedly the better side and managed to keep the Russians quiet but undone by two setpience goals.

Diego Simeone’s men are unbeaten at home in the Champions League since 2017 and this is why they are red-hot favourites priced in the region of 1.55 odds, while draw can be backed at 4.20 odd and away win at 5.75.

Salzburg made their return to Europe’s elite competition last season, first time since 1994 and finished third in the group behind Liverpool and Napoli. And a small reminder, this is the team that introduced Erling Haaland and Takumi Minamino to the world stage, the former now a key player at Dortmund and the later warming the bench at Anfield.

Tuesday’s Champions League clash will be the first ever competitive meeting between Atletico Madrid and Red Bull Salzburg.

Anyhow, Atletico Madrid are unbeaten against Austrian clubs in UEFA tournaments with 5 wins and 1 draws.

Meantime, Salzburg have a humble record against Spanish La Liga clubs – 4 wins, 2 draws and 8 losses from 14 games. And at home, they won 3 and lost 3.

Jesse Marsch’s Salzburg have been impressive in last season’s group stage and scored 16 goals in 5 games before a 0-2 defeat to Liverpool on matchday 6. But their performance in three UCL games this season, including the two qualifiers leave plenty of gaps for Atletico to exploit.

In short, the Austrians are very adventurous, but can be undone by a solid defensive unit like Madrid. Thus my top pick, which I believe the safe option here is the home win. And I have every reason to believe that they will do this with a clean sheet.

The only team to have scored against Atletico Madrid in 7 Champions League games is Juventus, in a 2-2 draw back in September 2019. Meantime, they won the remaining 6 without conceding.

This brings me to my correct score recommendation, 2-0 at full-time, priced at excellent 8.00 odd.

Now, Luis Suarez is my choice for anytime goalscorer. The Uruguayan have scored 4 goals in 5 appearances across all competitions for the Rojiblancos this season. He is expected to start here and lead the attacking line with Jaoa Felix in the absence of injured Diego Costa.