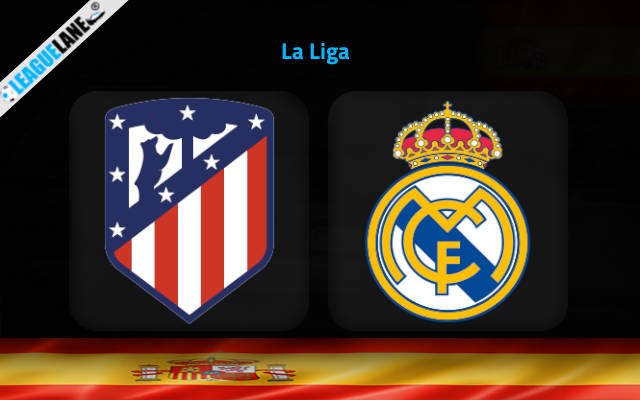 Real Madrid are the only team in the whole of Europe’s top-five leagues to still maintain a 100% winning record this season. This stat will be seriously tested this Sunday at the Wanda Metropolitano, by arch-rivals Atletico.

Diego Simeone’s men were the champions of the Spanish league one year before, and the last time around they settled for a third-place finish.

They did have a chance to go after the title one more time, but at the end they had to bow in front of the sheer quality and consistency of the two tians.

At present, the Colchoneros are placed seventh in the table, and they are yet to hit their full stride. Moreover, they started their league campaign at home with a loss against Villarreal.

Meanwhile, Carlo Ancelotti’s men are the only team in the top-five leagues to maintain a perfect record in league competitions. On top of that, they managed to win both of their Champions League fixtures as well.

It is kind of the perfect way for the 14-time, defending European champions could start their new season. They built a huge momentum as a result, and it goes without saying that they have the upper hand this weekend at the Wanda.

The Los Blancos are at the top of the table with a 100% winning record, and they scored the most number of goals of all the teams in the competition.

They are also the defending champions of the Spanish top flight, and they had a surplus of 13 points at the top of the table at the end. Once again they scored the most number of goals in the La Liga, and conceded the least as well.

On the other hand, Atleti were winless in three of their past six overall fixtures, and they lost their latest match-up on the road 2-0, against Bayer Leverkusen, in the Champions League.

Moreover, they were winless in four of their past nine appearances at home too.

By the looks of things, expect a win for Real Madrid this Sunday at the Wanda.