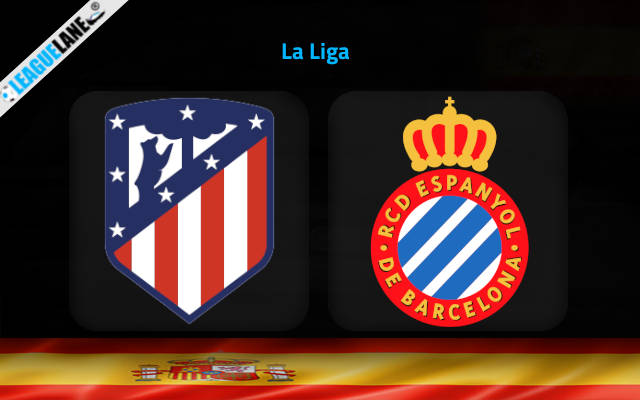 Former champions Atletico Madrid are yet to hit their full stride this season in the Spanish top flight, but they are getting there. They are placed third in the table at the moment, below the two titans. And they easily will be the favorites this weekend at home, against the struggling Espanyol.

Espanyol have just two wins to their name so far, and are placed 15th in a table of 20 so far. In fact, they have a surplus of just one point over the 19th placed Cadiz.

They are letting in goals in plenty, and particularly on the road they have been a mess. It is concerning for their fans that so far they were able to register a single win in away matches.

Meanwhile, Diego Simeone’s men are once again showing that they are easily the third-best in Spain. Despite their minor stumbles earlier in the campaign, they have climbed to the third spot, below the dynamic duo of Real Madrid, and Barcelona.

Atleti lost just thrice in total all through the league campaign, and one of these losses came against arch-rivals and reigning champions Real Madrid. And one another defeat came against former Europa League champions Villarreal.

Going on, they also have a dominant h2h record against this rival over the years, and particularly so at home.

For sure expect Atletico Madrid to deliver a winning performance this Sunday in front of their home crowd.

Simeone’s men crashed out of the Champions League, and failed to reroute at least into the Europa. Now they have nothing else to steal their focus, and they will make it their mission to make lives harder for Barca and Real.

Count on them to give a stellar performance this weekend at their home, against the out-of-form Espanyol.

In fact, Espanyol seldom registered wins this season in the La Liga, and they have a single win to their name on the road in the whole of 2022.

As things stand, expect a win for Atletico Madrid this Sunday.

Tips for Atletico Madrid vs Espanyol