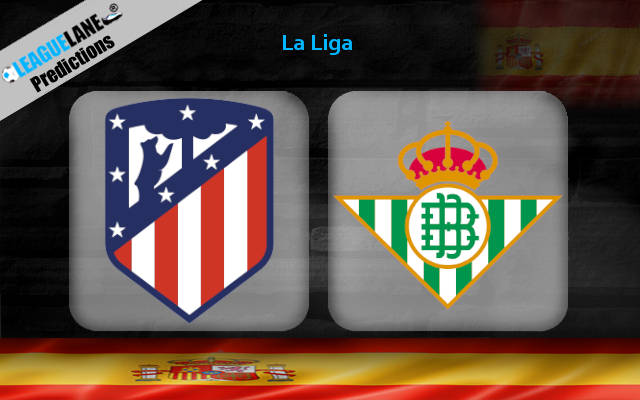 Addition of Luis Suarez has helped Atletico Madrid in the league, which is seen in the unbeaten streak in their form after four appearances so far this season.

Having conceded only one goal so far, the host has a strong defense forted at their half. Los Indios will host on the back of a 0-2 win on the road against Celta Vigo last time out in the schedule.

Three of Betis’s five clashes in the campaign have resulted in a defeat. The guest has failed to even score in two of those trio losses in the league form.

Real Betis will not keep high hopes in their visit to Madrid, let alone visiting after a 0-3 loss at home against Real Sociedad in the previous La Liga clash.

Apart from the 2-1 loss on the road to Leipzig in last term Champions League, Atletico Madrid has lost none of their last twenty-four matches across all major contests in the schedule. The 6-1 win at home against Granada in the opening match gave a good start for Simeone and his men.

The host enjoys the ground advantage in the game. And with their strong squad in place, it seems that Atletico Madrid will have proper use of the advantage. Based on their overall performance in the league in recent seasons alone, the home win in full-time is the ideal choice in the encounter.

The away win against Valencia in an earlier clash this term has to give some confidence for Betis. However, facing Los Indios at home is easier said than done for the away side. Besides, the home team has been unbeaten in the recent two h2h clashes with the Big Green.