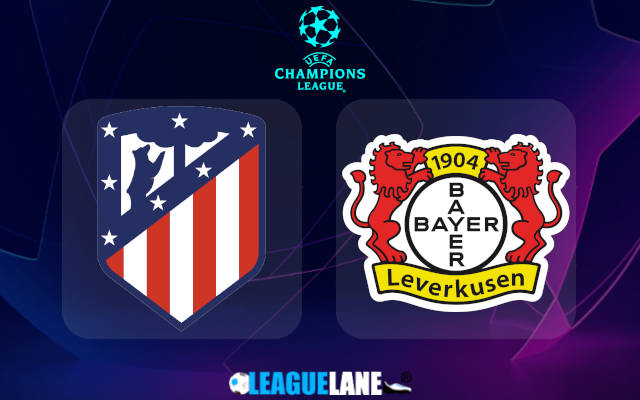 A lot will be at stake on Wednesday evening in Spanish capital as Atletico Madrid and Bayer Leverkusen take on each other in the decisive game for their Champions League ambitions.

The two teams have won only a game apiece so far in the campaign and they currently sit at the bottom two spots in Group B.

Atleti are in a somewhat better place being one point above the rock-bottomed Bayer Leverkusen and a win here might push them above second-placed Porto in case of their defeat in Belgium.

Atletico Madrid will come into this in higher spirits after an important 1-2 win over top-half rivals Real Betis on Sunday away at Estadio Benito Villamarin.

Diego Simeone’s men climbed to the third position in La Liga standings as a consequence. They are now unbeaten in five successive games in all competitions, a streak that saw them allow only three goals in the process.

It is an impressive run if we know Atleti have faced the likes of Athletic Bilbao and Real Betis in the process.

Bayer Leverkusen, on the other side, have been much easier to break down of late. They suffered a tough 0-3 defeat at home to Porto in the previous Champions League affair.

Bayer lost two and drew one of the previous three matches in all competitions, conceding as many as ten goals along the way.

The latest failure came on Saturday afternoon when Xabi Alonso’s men only drew 2-2 at home to Wolfsburg.

Atletico Madrid are well worth backing to win at the 1.75 odds knowing how poor Bayer Leverkusen have been defensively of late.

The hosts will go into this in much higher spirits and we will take them to win in a match with at least three goals scored at the 2.75 odds. We also like Atletico’s top scorer Alvaro Morata to score anytime here at the 2.37 odds.