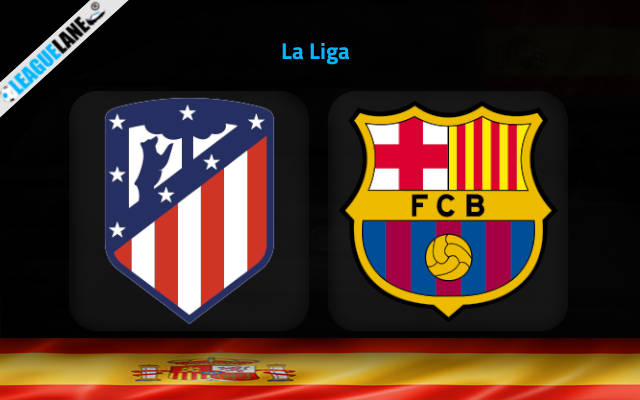 Barcelona will complete an unexpectedly tough week with the trip to Spanish capital where they will take on Atletico Madrid on Sunday evening at Estadio Civitas Metropolitano.

Things did not go as planned for Xavi and his troops after the World Cup break. Barcelona slipped up in a disappointing 1-1 stalemate to Espanyol eight days ago in the Catalan derby at Spotify-Camp Nou.

Blaugrana thus allowed their arch rivals Real Madrid move level on points with them at the top of the standings following their victory over Real Valladolid.

To make things worse, the Catalans were forced into overtime against the half-amateur side Intercity on Wednesday evening.

Xavi’s troops revealed plenty of defensive holes in a 3-4 extra-time victory against such an opposition in mid-week.

Atletico Madrid did not have similar issues as they eased past Real Oviedo 0-2 on the road on Wednesday. Marcos Llorente and substitute Pablo Barrios were on target for Los Colchoneros on the occasion.

Diego Simeone’s men had dispatched Elche 2-0 on the home patch last Thursday in the first La Liga game after the World Cup break.

Atleti broke back into the top-four in La Liga standings after the win over Elche last Thursday. However, they are still eleven points behind Barcelona and Real Madrid at the top of the standings.

Can the hosts cause the Catalans problems on Sunday evening in front of their fans at Civitas Metropolitano?

Barcelona are obviously not enjoying their best form after the World Cup break. Such a tough game against Atletico Madrid does certainly not come at the right moment for the visitors.

We will back Atletico Madrid to win & Under 2.5 goals FT bet at the 6.50 odds knowing this scenario happened in each of the last two H2H clashes between these counterparts in Madrid.