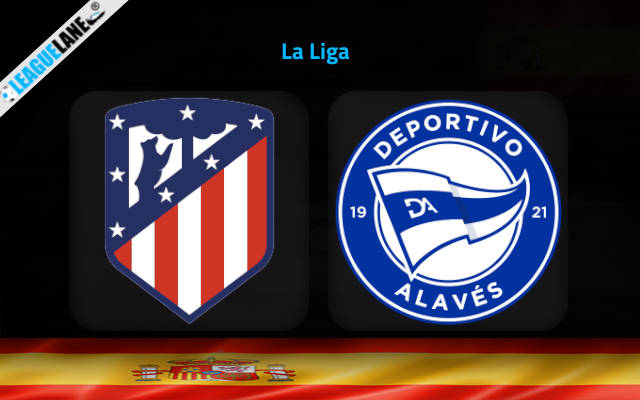 As of now, current champions Atleti, and former champions Barcelona could be termed as the best teams in the Spanish top flight. Both are on long winning streaks, and are placed next to each other in the table (third and fourth), with the same number of points.

However, the Catalans take on the second-placed Sevilla next, and at least one of the two will be dropping points. This is a huge opportunity for Diego Simeone’s men to improve their position in the table.

And it certainly helps their case that they are pitted against the 19th placed Alaves, who are one of the prime contenders to get relegated at the end of the campaign.

They have one of the worst offenses in the league, and are now going against the sturdy defense of the Colchoneros. Expect a dominant win for Atletico Madrid this Saturday at their home.

The title-holders won 0-1 on the road the last match-day, against Rayo Vallecano. They are on a five-fixture winning streak, and this also includes a 0-1 win at the Old Trafford, against Manchester United, in the Champions League.

They had also kept clean sheets in four of their previous seven overall games, and they had scored two or more goals in five of their former six appearances at home.

On the other hand, Alaves lost 2-3 at home the past game week, against Granada. They are on a two-fixture losing streak, and were winless in 16 of their past 17 overall matches.

Note that they had also lost nine of their preceding eleven road trips, and considering all these observations, expect a win for Atleti this Saturday at their home.

Tips for Atletico Madrid vs Alaves