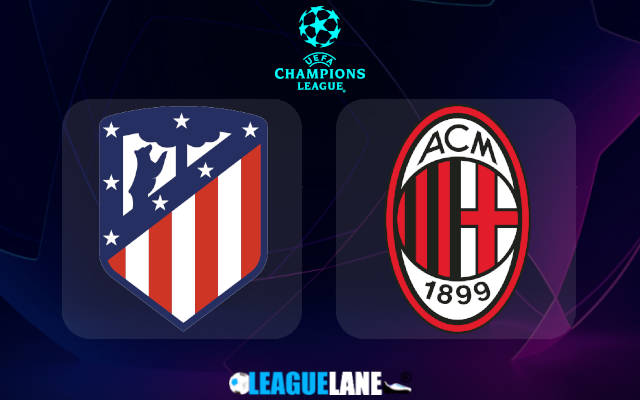 Atletico Madrid are big favorites here according to the bookmakers. They did leave a better impression so far in the campaign and they have won three on the spin against Milan. Would we be surprised to see the visitors snatching a win, though? Absolutely not, which is why we are going for the value and backing Milan not to lose at the odds of 2.20.

The match against Atletico Madrid will definitely be the last train to catch for Milan who have had a disastrous UEFA Champions League campaign this term.

Despite a phenomenal spell of form at the start of the 2021/22 Serie A season, Rossoneri failed to translate it to the continental competition.

They only got their inaugural Champions League point on Matchday No 4, holding Porto to a 1-1 draw at Stadio San Siro.

Despite having only one point from four games, Milan still have a chance to advance to the last 16 round of the elite continental competition in the remaining two fixtures.

Of course, they still need to rely on other results to go their way, but a win here at Estadio Wanda Metropolitano paired with Liverpool’s win or draw against Porto keeps Stefano Pioli’s men alive in the elite competition.

Nevertheless, Milan will not travel to Madrid in the highest of spirits. They have just suffered the maiden Serie A defeat of the season on Saturday, falling 4-3 to Fiorentina in a seven-goal thriller at Stadio Artemio Franchi.

Atletico Madrid, on the other side, also desperately need a win here to try and overtake Porto in the second place in Group B.