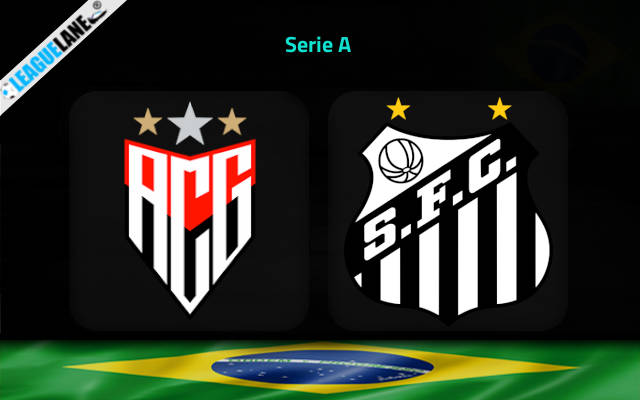 Everything points towards a low-scoring contest between these two teams on Saturday. Both Atletico Goianiense and Santos have played tight defensive-minded football lately. They now come across each other in a very important clash in terms of their top-flight destinies, meaning the Under 2.5 goals FT is the best betting option here.

The schedule has been brutal towards Atletico Goainiense as they had to play the likes of Flamengo and Palmeiras within the last seven days.

They finally return to Estadio Antonio Accioly on Saturday night to play host to bottom-half rivals Santos in a massive six-pointer in the 32nd round of the Serie A.

The two outfits are separated by only two points in the bottom half of the standings. Santos, who sit just one position above the red zone, are five points adrift of the danger area.

The visitors have had a dreadful campaign in this term of the Serie A but they managed to escape the relegation zone after the recent victories over Fluminense and Atletico Paranaense.

It is worth mentioning that Santos significantly improved their defensive showings under new manager Fabio Carille (took charge in September).

Carille’s men kept three clean sheets in the last five league outings. Considering how important this match against Atletico Goianiense is, we have plenty of reasons to expect another low-scoring contest for them.

Tips for Atletico Goianiense vs Santos