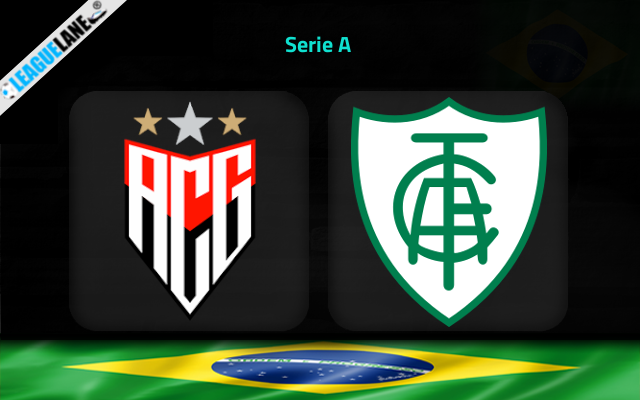 Atletico GO had an average start to this Serie A season. Their form is inconsistent and are having a seesaw of elevation on the table. Mostly, they are seen outside the top half since the completion of the first five fixtures and now they occupies the 18th spot of the table.

Meanwhile, America MG had an average start to this season. They are currently inconsistent as they records a winless outcome often. As a result, they are pushed down to occupy the 17th spot of the table. They will be hoping to climb up to a better position.

Atletico GO possess an inconsistent form at home this season. However, they won two of the past four home league fixtures scoring goals at a good rate. Their defensive line-up was disappointing in those positive outings too.

On the other side, America MG recorded a 0-3 defeat against Bragantino in their most recent league fixture. With that defeat, they are following a streak of two losing games in the league.

America MG have a pathetic form on the road at present. They lost each of their past four league fixture on the road. On top of that, they are having a winless form for six games on travels.

Considering all the above stats, we are left to back the home side Atletico GO to seal a win from this fixture against America MG.