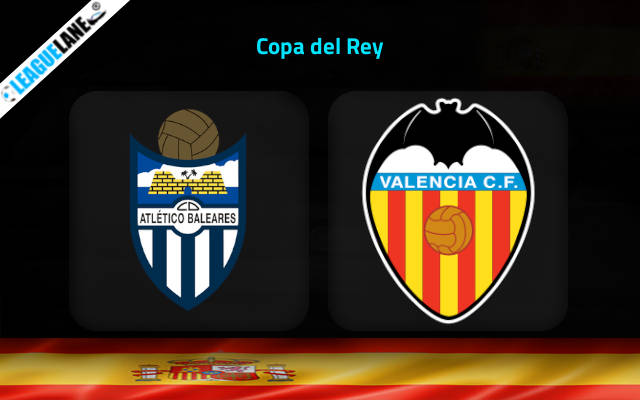 Baleares have been trying their best to hold their place in the top-four of the Primera Division RFEF Group 2, which is the third tier in Spanish football. They have been in good form lately, and are consistently finding the back of the net as well.

However, they are pitted against one of the best teams in the top flight this Sunday – Valencia, and this significantly reduces their chances to progress further in the Copa del Rey.

Valencia have been in great form in the past few months, and that too while taking on some of the best in La Liga.

The team surely will try to utilize this fixture as an opportunity to deliver a huge win, and build some much-needed momentum for the second half of the season.

Baleares are on a two-game losing streak in the third division, and had conceded a total of five goals in the process. In fact, their latest league victory had come back in November.

On the other hand, Valencia had remained unbeaten in ten of their previous twelve overall matches, and had also won six of their former eight games. Moreover, they have been taking on some of the best teams in Spain in the process, and have been finding the back of the net consistently.

The team has also been on a superb stretch of performances on the road.

Taking into account these observations, expect Valencia to emerge victorious this Sunday against Baleares.

Tips for Atletico Baleares vs Valencia