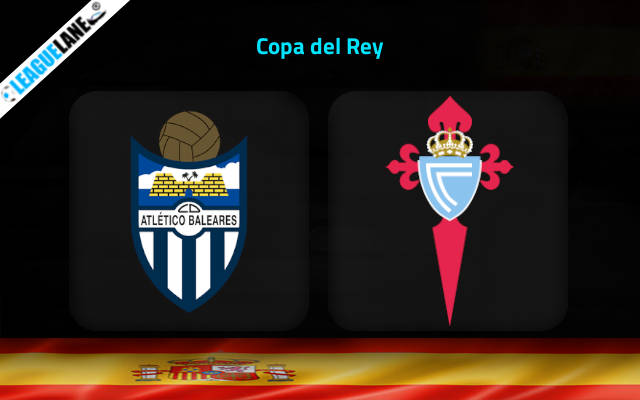 Vigo are on a winning streak at the moment, and they are finding the back of the net effortlessly. They are from the Spanish top flight, and currently they are taking on some of the best teams in the league triumphantly.

Meanwhile, Baleares are from the third division, and as of now, they are on a losing streak in the league. They are conceding goals in plenty, and most importantly, they have little experience taking on teams from the top flight.

As things stand, expect a win for the in-form Celta Vigo this Wednesday.

Baleares had lost two of their preceding three overall matches, and they had remained winless in five of their last nine games. In fact, though they had started their season on a rather good note, they are struggling to keep up the level now.

On the other hand, Vigo had just recorded a 0-2 win on the road against Real Betis – who are placed third in the top flight. Moreover, Celta had won five of their former seven fixtures, and had scored two or more goals in all of these matches.

Going on, they are in great form, and are expected to make light work of a team that is struggling in the third division. Count on them to secure a win this Wednesday, and progress to the next round. Expect goals in plenty as well.