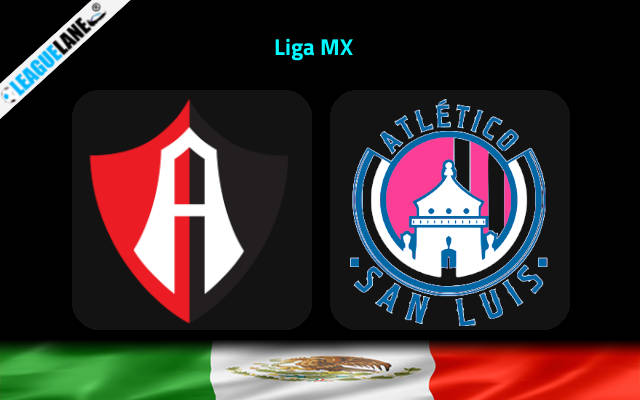 In game week 2 of Liga MX, Atlas faces Atletico San Luis for their next match on Saturday at Guadalajara.

Atlas is yet to play their first match in this season’s league matches. The team ended last season in seventh position, qualifying for the final series’ playoffs.

They played their last match against Leon in the last season. The match ended in a win for Atlas with 1-0 FT score. The team ended last season with 25 points from 17 matches and had mixed results from their matches. From the last ten matches, they had scored in six of the matches and won in four of them as well. Their performance in the home matches also produced mixed results.

Atletico San Lis lost their first match in this season. They faced Pachuca in their last match, in which Pachuca scored two goals against San Luis and defended well to keep the opposition from scoring.

Atletico San Luis had not performed well in the last season. The team ended dead last in the last season. One more game has been added to the cold streak of the team. The team has not performed well in the away matches as well. They are on a 4-game cold streak at the moment and in the four matches; the team has scored no goals.

With the advantage of playing in their home ground, Atlas has the best chance in winning the match. Atlas had played moderately in last season. They will look to give a good performance in this season. This match will be the first match of the season for Atlas.

San Luis has not performed well in the last season. Even their performance in the first match was not satisfactory.

I believe Atlas has more chance in winning the match as they are the best of the two. The match is also likely to finish with under 2.5 goals.