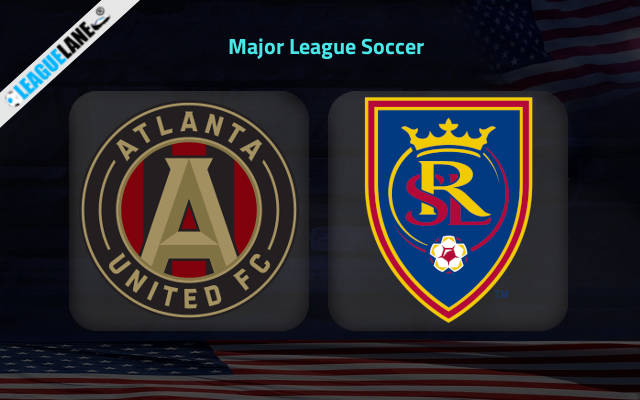 Gameweek 20 of Major League Soccer will be starting this week as Atlanta United from Eastern Conference play host to Real Salt Lake in the Western Conference. Both these sides will be seen locking horns at Mercedes-Benz Stadium, this Wednesday.

Real Salt Lake is at the 3rd spot with 30 points from 19 games. They won 8 times in the league while drew on 6 and lost on 5 other occasions. The visitors have seen netting frequently but they tend to concede more of the same which hints that some defensive adjustments is needed.

In their last game, the visitors drew 2-2 in the MLS tie with Colorado Rapids. During their 6 most recent matches, Pablo Mastroeni’s men netted a total of 10 times, giving them the goals per game average of 1.67.

On the other hand, Atlanta United resides at the 11th position on the table with 20 points. Of the 18 matches played, they won and drew 5 times each while having lost on 8 other occasions. Their struggles at the defensive end of the pitch has also been another key factor as they have conceded 29 goals so far, although they have been solid at the opposite end of the pitch with 26 goals scored so far.

The hosts will be wanting a better result here after a 0-3 league loss in their previous game against Austin FC. At least three goals per game were recorded in 5 of the past 6 fixtures where Atlanta United have been involved.

Atlanta United haven’t lost in 14 of their last 16 home matches in the league. They have netted in the last 10 games coming into this one and have scored 9 goals in the last 5 games.

Considering their home form and past h2hs played at home, we feel that Atlanta United could win this Wednesday.