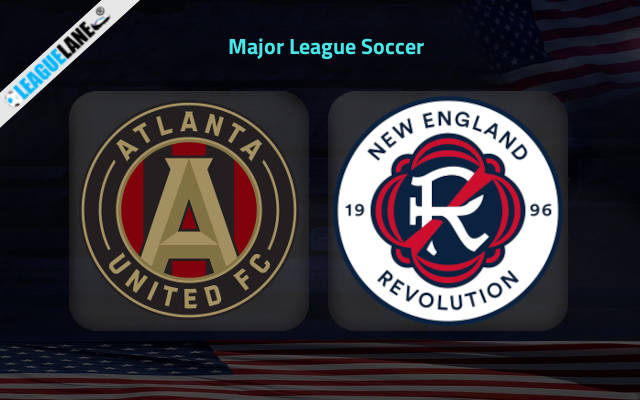 Atlanta United demolished the last-placed Chicago Fire 4-1 on the home turf last weekend. Striker Ronaldo Cisneros enjoyed the best half of his career by completing a hat-trick in the first half on the occasion.

The team led by Mexican manager Gonzalo Pineda jumped on to the seventh position in the Eastern Conference standings as a consequence.

They will be hoping to back this win up on Sunday afternoon when the Supporters’ Shield winners New England Revolution come to visit Mercedes-Benz Stadium.

New England are miles away from the form they had last year. They are three points shy of Atlanta United in the Eastern Conference standings with just three wins from the inaugural ten rounds of the season.

The Revs are particularly struggling to keep things quiet at the back at the beginning of the 2022 season (especially on travels).

New England have a horrendous record on the road where they have lost four and drew one of five games across competitions since the beginning of the season.

Bruce Arena’s men shipped at least three goals in each of the previous four away fixtures in all competitions (three in MLS and one in the Concacaf Champions League).

Atlanta United were particularly dominant in the short history of home clashes against New England with four wins in the last five games against the Revs in Georgia.

However, it is worth noting that New England came on top in both of two last season’s encounters with Atlanta United.

New England continued with the weak defensive performances last Saturday when they shared spoils with Columbus Crew in a 2-2 draw at their Gillette Stadium in Foxborough.

Everything points towards another successful day for Atlanta United at Mercedes-Benz Stadium as we can certainly recognize the value in backing the home win pick at the 1.95 odds here.