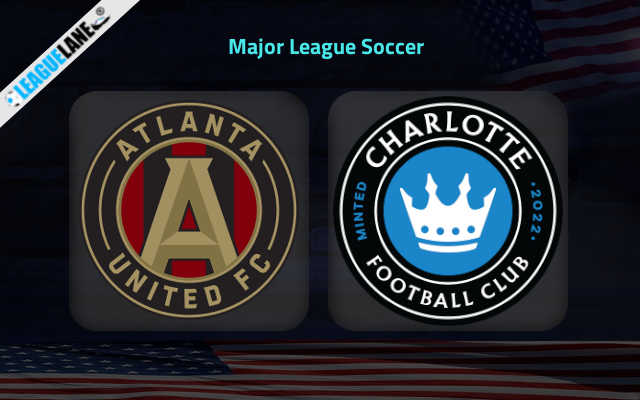 Charlotte will be looking for their first-ever goal in Major League Soccer on Sunday afternoon when they travel to nearby Mercedes-Benz Stadium to battle Atlanta United in the third round of the season.

The league debutants broke records in the last weekend’s home clash against Los Angeles Galaxy as 74,479 people gathered to watch the new MLS side play their inaugural home fixture in the competition.

However, Charlotte failed to deliver on the occasion as the LA outfit proved out too strong for them, limiting the team led by Miguel Angel Ramirez to only one shot on target on the evening.

LA Galaxy eventually took advantage of the dominance on the pitch by converting with a match-winner 12 minutes from time.

Since Charlotte fell 3-0 away at D.C. United on the opening day of the season, they are still searching for the first goal, point, and win in the competition.

It is hard to see those coming on Sunday against Atlanta United who demolished Sporting Kansas City 3-1 in a strong performance in the lone home match of the campaign (on the opening day).

Nonetheless, Atlanta United failed to back up the maiden win by suffering a horrendous 3-0 defeat seven days ago against Colorado Rapids away in Denver.

The match against debutants will represent an ideal chance for The Five Stripes to bounce back immediately and preserve the perfect record in their own backyard at the beginning of the 2022 MLS campaign.

This will be the first head to head encounter between the two outfits as Charlotte are making their debut in Major League Soccer this season.

Atlanta United have a strong attacking potential with Josef Martinez and Dom Dwyer leading the line and we expect them to control the happenings on the pitch against the debutants who will likely need more time to adapt to the competition.

The Five Stripes did not look great defensively in the opening two rounds, though, as they shipped four goals to Sporting Kansas City and Colorado Rapids. This is why we would not be surprised to see the visitors netting their inaugural goal of the campaign here. The Over 2.5 goals FT bet looks great at the 1.70 odds.