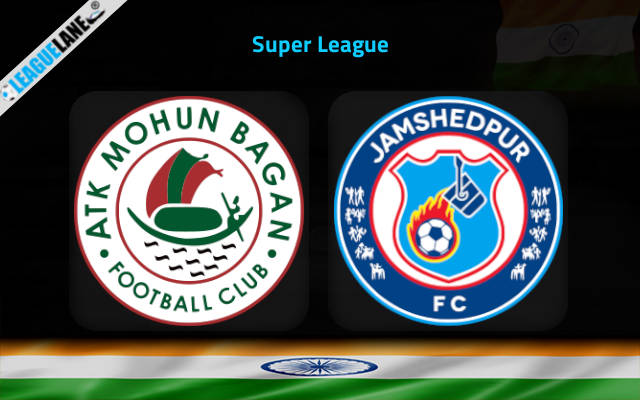 ATK Mohun Bagan and Jamshedpur who are the top two teams in the Indian Super League (at the time of writing) will wrap up the regular stages of the competition this Monday. Both teams having qualified to the playoffs, would still have to take this contest seriously with the AFC Champions /League spots up for grabs.

ATK Mohun Bagan are in fine form as they are currently undefeated in their last fifteen matches. The most recent of which came against Chennaiyin, in a closely fought contest, in which the goal from Krishna towards the end of the first half served as the only goal and ultimately the separating factor between both teams.

With two draws and three wins from their last five league matches, the club is 2nd in the league level on points with their opponents for Monday.

The club needs a win here and hope Jamshedpur drops points on Friday to win the Premiers, failing so would cost them a spot in the Champions League, if Hyderabad wins their final match of the league.

Jamshedpur meanwhile with a win against Odisha would head into the contest three points clear of their opponents on Monday. Which would mean that as long as they avoid a huge defeat, they should still win the Premiers, considering their superior goal difference.

With that being said, if the club fails to take three points in their last two games, they could miss out on an AFC CL spot to Hyderabad.

Both teams have scored at least once within half time in their last six league fixtures. Considering this observation, one should expect more than a goal in the first half of this fixture.