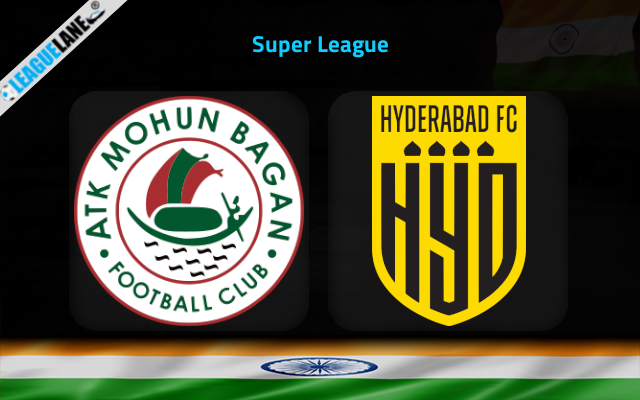 ATK started well scoring a goal at the 18th minute of the first half then failed to prevent goals from Hyderabad since 45th minute to the full time allowing them to score three over them. ATK was in great possession of the game and had recorded a strong stats except for the goal numbers.

Therefore, they will be entering the second leg against Hyderabad with strong competitive spirits wearing the home outfits on Wednesday at GMC Athletic Stadium.

They should score a two at least to be alive in the run of entering the finals. There is no room for mistakes for both the teams, ATK most importantly. Hence, we expect a highly competitive second leg match between these two in form outfits.

ATK Mohun Bagan possess a strong form this season wearing the home outfits. They have only lost twice this season. They have managed to find the back of the net in most of their total 10 league fixtures with the aid of home advantage.

Meanwhile, Hyderabad have only lost once on road since the beginning of this season. But they have only won five of them and drew four on other occasions. They have also succeeded in scoring goals at a good rate.

By the looks of things, we see ATK possessing a fine run at home of late. Except for a lose against Jamshedpur recently, they have succeeded ending victorious when having the aid of home advantage. Therefore, we are backing them to be on the winning side here.