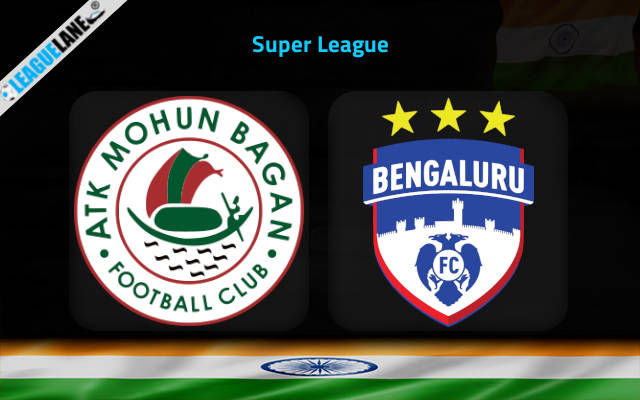 ATK Mohun Bagan’s undefeated run of games have now extended for a long period of time. They are now comfortably sitting within the playoffs spot and barring an extremely poor turnaround of events, they should have a shot at the title.

They were only able to get a point for themselves in their most recent match as they settled for a 1-1 draw against a brilliant Odisha FC defense. The result marked back to back draws for the club.

With three wins preceding that, the club is now 3rd in the league, three points ahead of 5th place team Kerala Blasters.

Bengaluru have put their backs against the walls with back to back losses, earlier this month. The club should win their remaining two matches and hope Kerala and Mumbai draw all of their remaining games, for them to make it to the playoffs.

They managed to beat Odisha (a team who were level on points with them leading into that fixture) in their most recent fixture, by a score line of 2-1.

With two losses preceding that result, they are now two points behind Mumbai City who have a game in hand over them.

Firstly, the Mariners are undefeated in their last thirteen games and have a favourable h2h record, I do not see them losing this fixture. However, their opponents have proven to be a tough opponent for any team throughout the course of the season. Hence, I have gone for a draw no bet alternative.

Secondly, the West Block Blues’ previous three losses have come by a score line of 2-1. With that being the most prevalent score line in their opponents’ wins, I have backed the outcome for this Sunday.