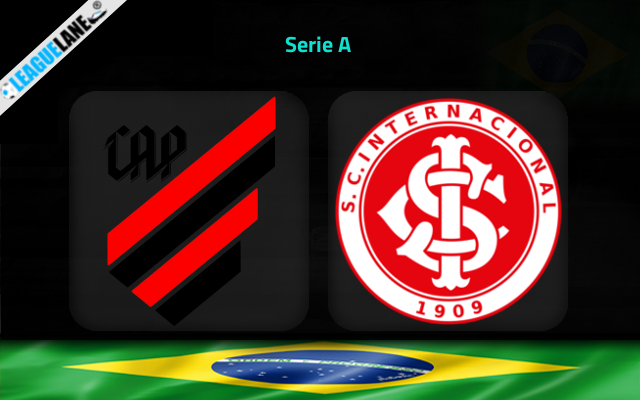 Athletico PR had a decent start to this season. They had maintained the same further by recording unbeaten outcomes. Their consistency of recording an unbeaten outcome especially of late is impressive. They will be hoping to seal some three pointers further in the league.

Athletico PR recorded a 2-1 defeat on road against Goias in their most recent league fixture. They were on the back of 9 consecutive unbeaten games before recording the above win. Hence, they will be hoping to return back to the winning ways.

Meanwhile, Internacional also had a decent start to this season. They had maintained the same further by recording unbeaten outcomes. However, most of them were drawn outcomes which they failed to convert into positive recordings. Still they manages to enter the top four of the table.

Internacional recorded a 1-0 win at home against America MG in their most recent league fixture. With that win, they have managed to wove a thread of three unbeaten games in the league. They will be hoping add more of those to secure tehir spot at the top four.

The home form of Athletico PR is so impressive since many games. They are having an unbeaten streak of 10 games at home across all competitions. Their offensive side have also scored two or more goals in three of the past 4 league outings at home.

On the other side, Internacional is having a decent form on road. They are unbeaten in four of the past 5 league outings on travels. Howveer, only four of the past 10 on road outings were a positive outcome for them.

In that case, we are left to back Athletico PR who have been enjoying a strong form at home lately.