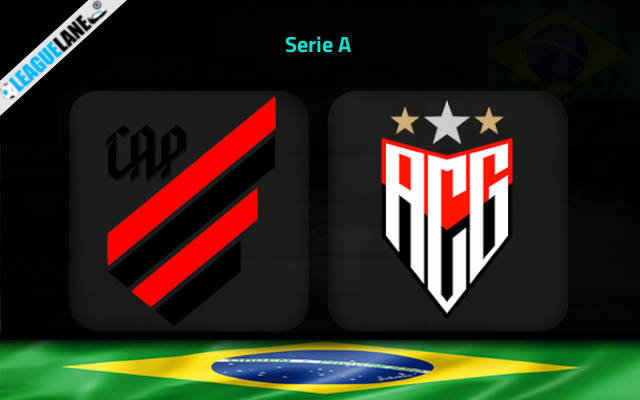 Gameweek 18 of Serie A is set for this weekend as Athletico PR play host to Atletico GO, where both these sides are separated by 11 points and places. These two teams will be seen battling it out at Arena da Baixada, this Wednesday.

Athletico PR is at the 6th spot on the standing with 28 points from 6 games. They won 8 times in the league while drew on 4 and lost on 5 other occasions. The visitors need just 2 more points to sneak into the top four and Copa Libertadores group stage promotion zone.

The hosts head into this match after a goal-less Serie A stalemate against Internacional. In their last 6 fixtures, Luiz Scolari’s men have found the back of the net a total of 8 times, with that being an average number of goals scored per match of 1.33.

On the other side, Atletico GO resides third from the bottom position on the table with just 17 points. Of the 17 matches played, they won just 4 games while drew on 5 and lost on 8 other occasions. They lost their last 3 games in the league and need 2 more points to escape the drop zone.

Following on from a 0-1 losing effort in their last game against Fortaleza in league action, Atletico Goianiense will be hoping for a better result here. A tendency of at least one team drawing a blank in games featuring them has become common recently. Looking at their last 6 games reveals that it has happened 5 times.

Atletico PR have not been beaten in their last 7 home league matches. Moreover, they also have a 100% unbeaten record against this rival from their last 12 h2hs. The hosts have also kept 3 clean sheets in the last 5 games, conceding just 4 goals during the period.

Meanwhile, Atletico GO are without an away win for the past 3 league matches. They also come here on the back of 3 straight league defeats in a row.

Knowing that, we expect Atletico PR to seal a win this Wednesday.