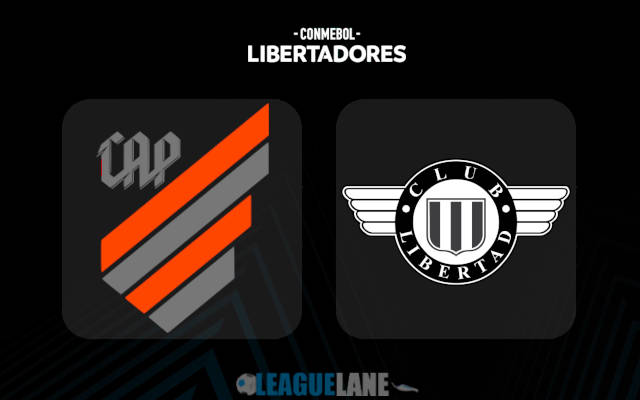 Round 5 of Copa Libertadores in Group B is scheduled this Wednesday as Athletico Paranaense of Brazil is set to host Club Libertad from Paraguay at Arena da Baixada, in one of the interesting match.

Libertad is leading Group B with 7 points from 4 games. They won twice while drawing and losing 1 time each. They have scored only 4 goals here while conceding thrice indicating their defensive layout. The visitors have lost previously by 1-0 to Caracas ending their 3-game unbeaten run.

In the Paraguay Primera Division, Libertad is also at top-flight with 41 points from 16 games. They have lost only once in the league and have a 6-point lead at the top. The visitors come here on the back of a 3-1 league win over Ameliano, thus making a 5-game winning streak in the domestic league.

On the other side, Athletico PR is at the bottom of Copa Libertadores group standing, with 4 points from 4 matches. They won and drew each fixture while losing on twice. So far, they could only score one goal while having conceded 6 in total. Their last game here was against The Strongest which ended on a humiliating 5-0 loss.

Athletico Paranaense is in the Brazil Serie A with just 6 points in hand after playing 6 games. They will be hoping to bounce back here after a 2-1 league defeat in their last game at the hands of Fluminense. A recurring feature of their recent games is seeing a zero in the scoreline which happened on 5 of their last 6 games across various competitions.

Athletico PR won the last 3 home games in a row across various venues while maintaining a cleansheet. They also won the home game played in Copa Libertadores against The Strongest.

Meanwhile, Libertad has a mixed result in their away schedules, winning and losing twice on each of their last 5 on-road fixtures. In the Continental competition, they played 2 away games of which they lost once and drew another.

Considering the strong home form of the hosts, we feel that an Athletico PR win is likely to happen this Wednesday.