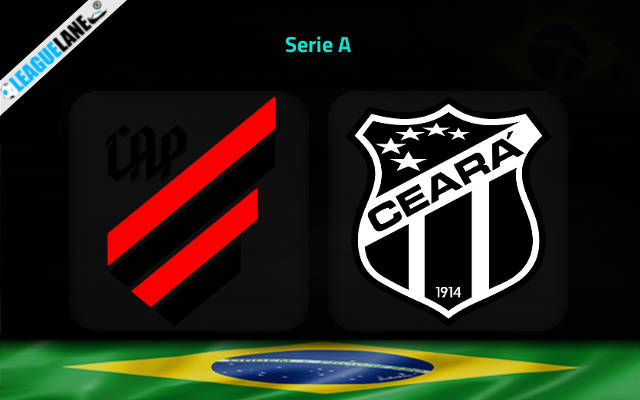 Both Athletico Paranaense and Ceara managed to keep their nets untouched in the weekend’s wins. Knowing that none of the last five of their head to head clash produced three or more goals, the Under 2.5 goals FT pops up as the best betting option for this one.

Athletico Paranaense host Ceara in the mid-table 31st round of the Serie A clash on Wednesday evening at Arena da Baixada.

Both outfits will come into the match on a high following their strong weekend displays.

Paranaense stunned the 4th-placerd RB Bragantino, beating them 0-2 on the road on Sunday night.

Second-half goals from Marcinho and Pedro Rocha made the difference for the team led by Alberto Valentim.

Athletico Paranaense limited the likes of Bragantino to only three shots on target on the occasion.

They lost only one of the last four matches despite playing the likes of Flamengo (twice), Santos, and RB Bragantino in the process.

Their mid-week rivals Ceara are just one point above Athletico Paranaense in the 10th position of the Serie A standings.

Ceara picked up back-to-back 1-0 home wins over Fluminense and Cuiaba in the last two outings.

They completely dominated the weekend’s clash with Cuiaba and they will travel to Arena da Baixada in the highest of spirits.

Tips for Athletico Paranaense vs Ceara