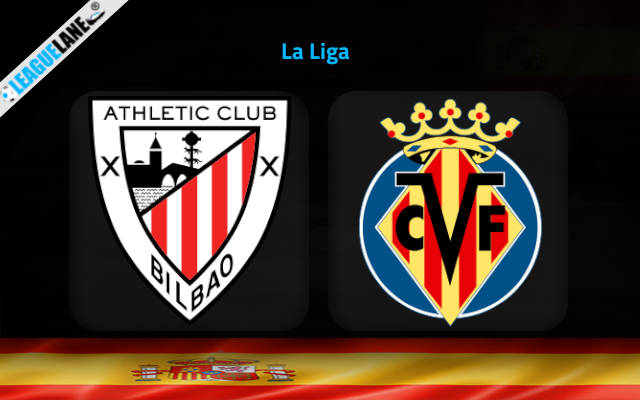 Athletic Bilbao and Villarreal are level on 18 points after 11 La Liga rounds as they share the 6th position in the standings going into the head to head encounter on Sunday afternoon t San Mames Barria.

The visitors will enter the tie in higher spirits having won two of the last three league outings. Bilbao, on the other side, are winless in four straight matches.

Athletic Bilbao ruined a promising start to the season with a sudden drop in form in the last couple of weeks.

The Basques conceded as many as six goals in the previous two league outings against Girona (a 2-2 draw at home) and Barcelona (a 4-0 defeat on the road).

Ernesto Valverde’s men did not keep a clean sheet in four successive affairs either and the clash against direct rivals for European positions comes at a tricky moment for them.

Villarreal did not shine in their latest matches either. They suffered a tough 3-0 loss to Barcelona at Spotify Camp Nou before only narrowly beating Almeria 2-1 at Estadio Ciudad de Valencia.

El Submarino Amarillo scored the late stoppage-time winner to beat Almeria seven days ago with ten men on the pitch as Alex Baena got sent off shortly after scoring the equalizer on the occasion.

Villarreal have the second-best defense in the league and we have reasons to expect another low-scoring stalemate when they come across Athletic Bilbao.