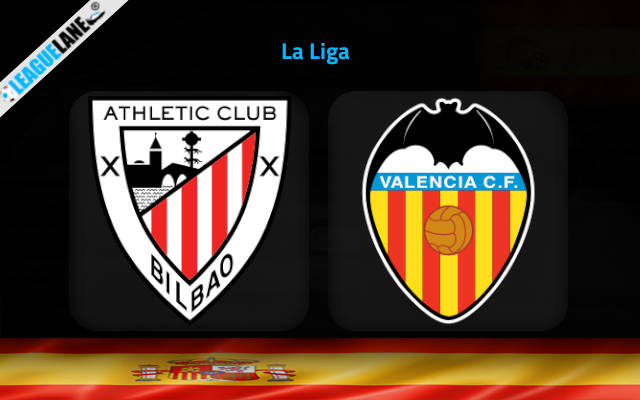 Valencia once used to be one of the best teams in the Spanish top flight, but they cannot be considered one any longer. They are on a long winless run and have been letting in goals in huge numbers all through this current campaign.

They are placed tenth in the table as of now, and even though they have a mathematical chance to make it to one of the European competitions next season, it will require huge miracles for that to happen.

However, the same is not the case for Athletic Bilbao. They have shown their caliber in this current campaign of La Liga. Even though they have failed to consistently keep this level, they have managed to place themselves 8th in the table as of now

Their recent form has been good, and with four fixtures remaining, they need a surplus of just one point to climb level with the seventh placed team. And as is known, a top-seven finish is mandatory for any Spanish team to take part in European competitions the upcoming season.

Likely, expect Bilbao to be dangerous for the remainder of the campaign – especially since they do not have anything to lose, and everything to gain. Count on them to post the three points on the board this weekend against the struggling Valencia.

Bilbao registered a 2-0 win at home the last matchday, against former champions Atletico Madrid. They are also on a 2-fixture winning streak, and had scored a total of five goals in the process.

It also needs to be noted that they have lost just once at home this year, and they have found the back of the net two or more times in six of their last ten appearances at this venue.

On the other hand, Valencia were held to a 1-1 draw at home the past game by the 20th placed Levante. They are also on a 6-game winless run, and had lost three of their past four overall fixtures.

As these two lock horns this Saturday, it goes without saying that Bilbao have the edge. Count on them to post three points on the board.

Tips for Athletic Bilbao vs Valencia