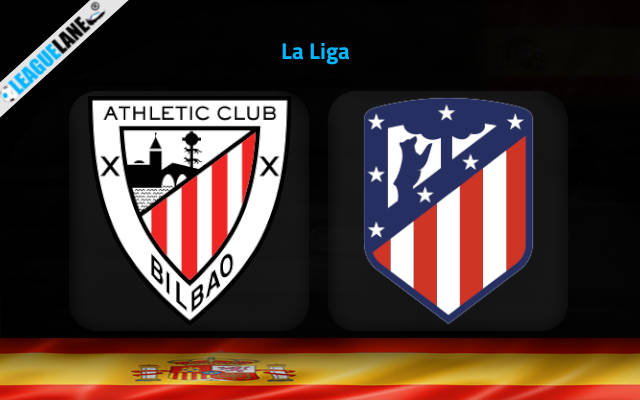 Athletic Bilbao host Atletico Madrid in the last and the most exciting La Liga clash of Saturday’s program at San Mames Barria.

The teams sit third and fourth respectively in La Liga standings and are separated by only a single point going into this Matchday No 9 clash.

They are enjoying a wonderful spell of form with three wins and a draw in the previous four rounds.

The Basques could have easily snatched the fourth straight win last weekend when they were the better team on the pitch in the 1-1 stalemate away at Sevilla.

Their goals can come from various sources with four separate players sitting at three right now.

On the other side, Atletico Madrid are playing hot and cold this season but they are still near the very top of the standings.

Los Colchoneros saw off Girona 2-1 last weekend with a brace form Angel Correa. They had a tough UEFA Champions League game against group leaders Club Brugge on Wednesday night, though.

Will this game come too soon for their stars to recover ahead of this tough trip to the Basque Country?

Athletic Bilbao have been very hard to break down so far in the season. They shipped just five goals in eight outings. This is an important affair for both rivals and we don’t expect to see beautiful game of football on Saturday night.

The Under 2.5 goals FT is probably the best betting option at the 1.72 odds, but we will go one step further and back Athletic Bilbao to win & Under 2.5 goals FT bet at the 4.75 odds. Those ho like correct scores can try with the Basques to win 1-0 at 7.50.