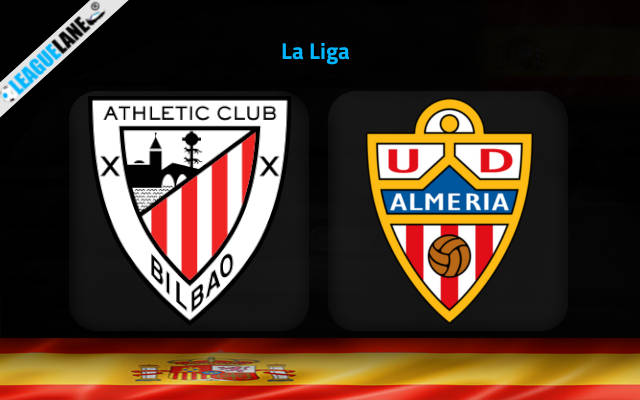 Athletic Bilbao will have a nice chance to extend their winning thread to three games on Friday evening when they host last season’s Segunda Division champions to San Mames Barria in Gameweek No 7.

The Basques are fourth in the league ladder at the moment thanks to four wins in the opening six league outings.

They have bagged seven goals in the back-to-back victories over Elche and Rayo Vallecano in the previous two rounds.

Ernesto Valverde can be thrilled with his men’s performances at the beginning of the season since Bilbao are scoring goals for fun these days.

The Basques have so many dangerous weapons in the final third, including the likes of Alex Berenguer, Gorka Guruzeta, Oihan Sancet, Inaki Williams, and Nico Williams, each of whom have scored at least twice in the opening six rounds of the season.

Almeria will enter the tie in a completely opposite mood. The second-tier champions from the last season are struggling badly to create chances at the beginning of the top-flight campaign.

The team led by Rubi are currently on a streak of three consecutive defeats. They have failed to find the back of the net in each of these losses despite facing the likes of Real Valladolid, Osasuna, and Mallorca in the process.

Almeria hold the 16th position at the moment with one win, one draw, and four defeats in the inaugural six games of the season.

The home win to nil should be the way to go here based on everything we have seen from these two outfits so far in the season.

You can back this scenario at the odds of 2.25. Alternatively, Bilbao are 2.15 to win by two or more goals difference on Friday.