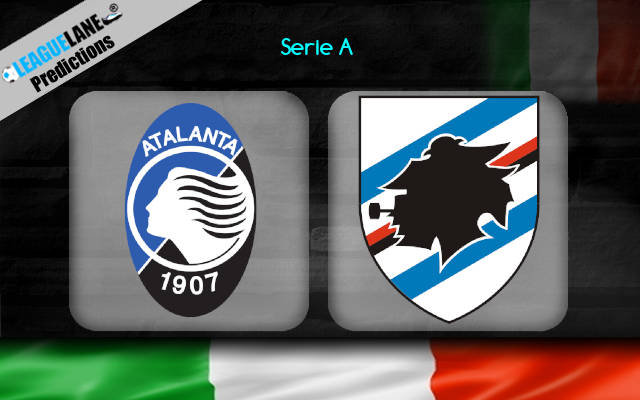 After a long trip to Denmark where they faced Midtjylland in UEFA Champions League group stages, Atalanta are returning to home venue in Bergamo to welcome Sampdoria in Serie A round five match.

La Dea have won three out of the four games so far, sitting around the top and once again having very high ambitions when it comes to Scudetto.

Last weekend’s loss to Napoli was definitely an unpleasant surprise, but this squad definitely has the quality to recuperate fast and efficiently.

Sampdoria are playing way better than expected in the last two weeks, and will surely be a tough nut to crack. Hosts are big favorites in terms of the odds, with low 1.40 rate being offered on Atalanta’s victory.

Even though both sides love offensive approach to all games, with majority of affairs ending with high number of goals, three out of the last four head to head encounters have ended Under 2.5 FT.

Atalanta were more successful at this venue in the previous campaign winning 2-0 (goals were scored by Toloi and Muriel), while match in Genoa resulted in a goalless draw.

In terms of the all-time stats, Sampdoria have won more games, 18 in comparison to Atalanta’s 14 victories.

Personally, Atalanta are one of our favourite teams to watch and cheer for. They are always pushing forward no matter what, but that tactic didn’t pay off last weekend at Sao Paolo.

La Dea were easily defeated by Napoli, conceding all four goals within 20 minutes. That loss shouldn’t be a massive setback when it comes to race for top spots.

Atalanta have demolished Lazio, Cagliari and Torino prior to that game, scoring incredible 13 goals in those three outings. Alejandro Gomez is currently topping the charts with four goals. Sampdoria definitely shouldn’t be underestimated. This squad has defeated Fiorentina and Lazio in the last two rounds, scoring also high number of goals – five total.

We don’t see them snatching a point from Atalanta on Saturday though, but scoring at least once? Yes.