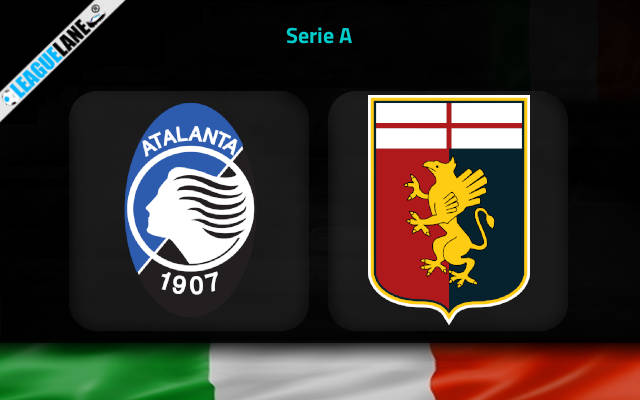 Atalanta are going after a top-six spot, in order to qualify for one of the European competitions. As of now, they are placed sixth in the table, and have a lead of one point over the seventh-placed team. Do also note that they have a game in hand.

Going on, Atalanta are at home this weekend, and are pitted against one of the weakest teams in the league – Genoa. They are placed 19th in a table of 20, and have a single win to their name all through the campaign.

It goes without saying that they are in contention to get relegated at the end of the season, and only one squad has scored fewer goals than them in the entire Serie A.

On top of that, they also have a poor h2h record against this rival over the years. By the looks of things, expect Genoa to be the underdogs this Sunday at the Gewiss Stadium.

Atalanta did lose 1-0 on the road the last match-day, against Roma. However, they had won three of their past five overall fixtures, and had scored three or more goals in two of the former three games.

They have also lost just four league fixtures at this stadium, and three of these losses had come against Roma, AC Milan, and Fiorentina.

On the other hand, Genoa were held to a 0-0 draw at home, by Empoli. They are also on a 12-fixture winless run, and they had remained so in 29 of their past 31 matches. On top of that, they have won just once on the road in the past nine-month period.

Considering these observations, expect a win for Atalanta.

Tips for Atalanta vs Genoa