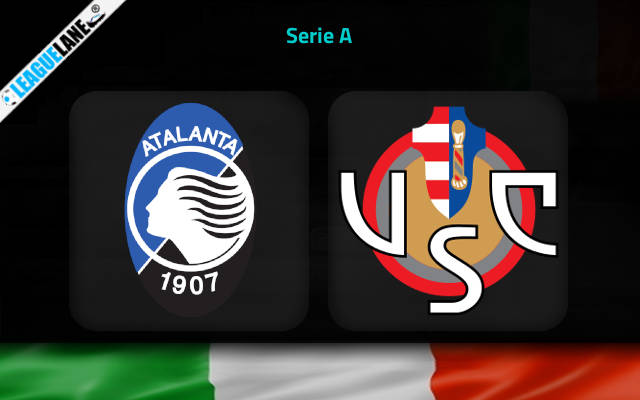 Cremonese took their first top-flight point after 26 years last Sunday when they held Sassuolo to a goalless draw.

Nevertheless, the newly-promoted outfit will face a very tough challenge to try and back it up this weekend as they travel to Bergamo to battle the in-form table-toppers Atalanta at Gewiss Stadium.

Cremonese have huge problems to adjust to the elite class life, especially with the new manager Massimiliano Alvini at the helm.

Fabio Pecchia, who earned the Serie A promotion with Cremonese last season, resigned this summer.

To be fair to Alvini, his team have had a very complicated schedule in the opening four rounds with the away fixtures against the likes of Fiorentina, Roma, and Inter Milan in the process.

Nevertheless, they really did not show much in the last weekend’s goalless draw to Sassuolo either, failing to register a single shot on target in their own backyard on the occasion.

Also, Atalanta do belong to the same category as the aforementioned clubs and the trip to Bergamo at this stage of the season is probably among the toughest away games in the whole league.

La Dea took advantage of an easy schedule in the opening five rounds to collect 13 out of 15 possible points in the process.

They continued their impressive spell of form last Monday, beating top-flight debutants Monza 0-2 on the road.

Cremonese offered nothing in the final third last weekend against Sassuolo and we are not confident regarding their chances of doing much up front here against Atalanta either.

La Dea have the joint-best defensive record in the league with just two goals allowed in five games. The home win to nil pick looks attractive at the 2.20 odds.