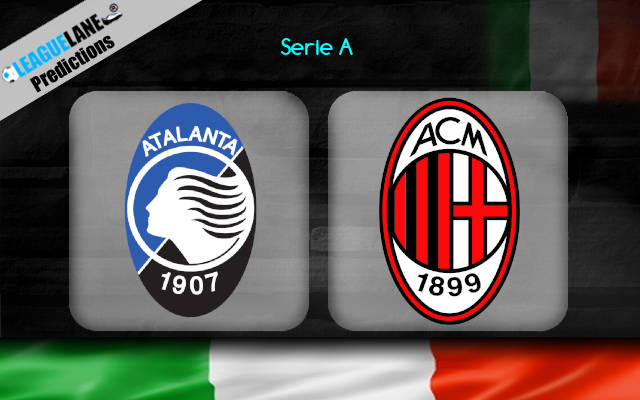 Atalanta took advantage of the schedule to clinch three straight Serie A wins to secure the top-four finish ahead of the final day fixtures. Milan are yet to do so as they desperately need a result on Sunday evening at Gewiss Stadium.

Milan dropped the ball last weekend when they failed to break the deadlock past the relegation-threatened Cagliari at Stadio Giuseppe Meazza.

A goalless draw against bottom-half opposition left them just one point above the 5th-placed Juventus, meaning they need a victory in the last round’s clash against Atalanta to secure the Champions League football next season.

The good news for the visitors is that Atalanta have already secured the top-four finish thanks to a streak of three successive victories over Parma, Benevento, and Genoa.

Moving forward, Gianpiero Gasperini will certainly rotate his squad for this non-important game as his main stars played a very tough Coppa Italia final clash against Juventus on Wednesday evening.

The bad news for Milan is that they have lost the main talisman Zlatan Ibrahimovic who will also miss out on the upcoming EURO 2021 this summer through injury.

Rossoneri struggled badly without their main star last weekend and we would not be surprised to see them having troubles converting in the final third here against Atalanta as well.

Overall, Milan have a positive head to head record, but it’s Atalanta who have dominated this match-up in the last couple of years.

Atalanta won two and drew one of the last three meetings with I Rossoneri, bagging as many as nine goals in the process.

La Dea celebrated a demolishing 5-0 win when they last played Milan at home, while they also clinched a commanding 0-3 victory in this term’s clash at Stadio Giuseppe Meazza.

Atalanta have won seven on the trot at home in Serie A, bagging at least three goals in five of these seven victories. However, the circumstances ahead of this clash are somewhat different as motivation will play a big role on the occasion.

Milan scored three or more goals in four of the last five away outings. Although they are without Ibrahimovic, we will back them to notch at least two goals here at the 1.83 odds.