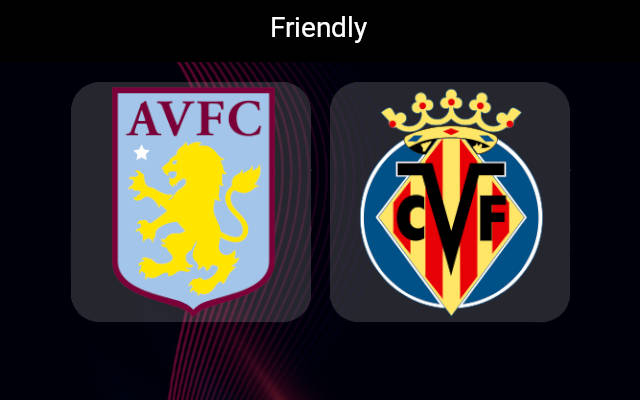 Aston Villa will conclude their mid-season preparations schedule (at least the one open to public) on Thursday evening with the home clash against Spanish La Liga side Villarreal at Villa Park.

The match will be particularly exciting for Villa’s new manager Unai Emery who used to lead Villarreal before arriving to Birmingham less than two months ago.

Unai has had enough time to work with his new team during the World Cup break as Villa only had four men who jetted off to Qatar.

The preparations period was a mixed bag for Aston Villa as they started it off with a 3-1 defeat at the hands of Championship side Cardiff.

The good news for Emery and Villa’s fans is that the team’s displays improved as time passed by. The Lions thus drew 2-2 2 with Brighton before beating Chelsea 1-0 in the most recent game in Abu Dhabi.

Villarreal replaced Emery with an ex Barcelona and Real Betis manager Quique Setien. After starting off with three successive losses and no goals scored along the way, Setien led the Yellow Submarine to back-to-back La Liga wins before the World Cup break.

The current ninth-placed team of La Liga table had a partial success from two friendlies in Turkish capital, losing 2-1 to Fenerbahce before beating Galatasaray 3-4.

Villarreal played two attacking-minded games in Istanbul but we expect this one to be a much tighter one given it is Villa’s final mid-season friendly. The official matches start sooner for Villa and their players should be in a better physical condition at the moment.

We will thus take Aston Villa to win & Under 2.5 goals FT as a pick with an excellent value at the 6.00 odds. If you fancy the correct score picks, Aston Villa are 12.00 to beat Villarreal 2-0 on Thursday.