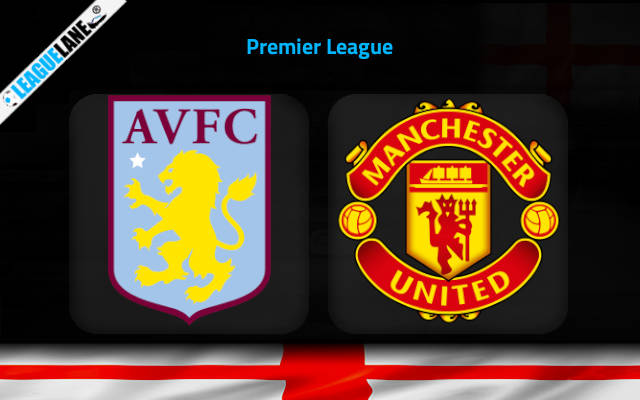 The Red Devils have been struggling to find form under Ralf Rangnick, and their playing style has been mostly unimpressive. However, they have had some good results lately, and they will be eager to continue their hunt for a spot in the top-four.

They are pitted against a familiar opponent this weekend, against whom they have recently developed quite a rivalry.

Villa had defeated United in the first half of the season at the Old Trafford, and then the Devils had come under a lot of fire. And Rangnick’s men kind of avenged themselves with a hard-fought 1-0 win the past match-day in the FA Cup.

Still, it is not enough for United. They need to win this upcoming encounter at the Villa Park, in front of Aston’s fans.

Gear up for a fierce fixture this Saturday, which most probably should result in a close win for Manchester.

Villa lost 2-1 on the road the last match-day in the league, against the recently-promoted Brentford. They then followed it up with a loss in the FA Cup, against this same Manchester United.

Going on, they had also lost ten of their past fourteen fixtures, and they have a poor h2h record against this rival as well.

On the other hand, United did lose against Wolves the past game week. But it was a closely contested fixture, that ended 0-1 in favor of the Wanderers.

Going on, disregarding that loss, the Devils have been on a long unbeaten run, and moreover, they will be hugely motivated to pull off a win against Aston Villa.

It also deserves to be mentioned that United have been consistent in terms of offense in away games. In fact, the last they failed to score on the road was back in April.

By the looks of things, expect a win for Manchester United.