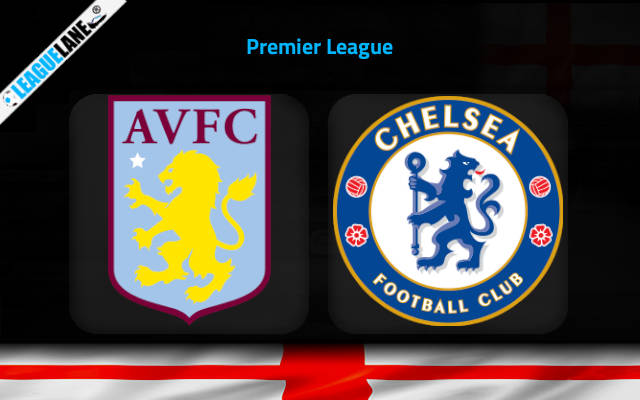 At one point, the Blues seem well set to run away with the title. However, Liverpool and Manchester City have massively stepped up for the challenge, and at the same time, Thomas Tuchel’s men are slightly out of form.

The reigning European champions are placed third in the table as of now, and are trailing six points from the top.

They need to get back to their winning ways soon, and fans are growing impatient. It goes without saying that the team is under a lot of pressure at the moment.

Meanwhile, Villa are rejuvenated, and are slowly getting back to their best. They are also at home, and even in their worst days, they were scoring consistently at this venue.

Likely, the expectation is that goals will come from either side of the pitch this weekend. Still, on basis of talent, and previous h2h results, Chelsea still are supposed to have the upper hand.

Villa recorded a 0-2 win on the road the last match-day, against Norwich. And since the arrival of Steven Gerrard, their only defeats had come against Liverpool and Manchester City. On top of that, they have been scoring goals consistently at home almost for the whole of 2021.

Surely count on them to find the back of the net at least once this Sunday.

However, on the other side we have Chelsea – the reigning European champions. They might be slightly out of form, but that will only make them even more dangerous.

And in spite of all their issues, they have been scoring in plenty, and they also have a good h2h record against this opponent. Likely, count on a Chelsea win this Sunday.