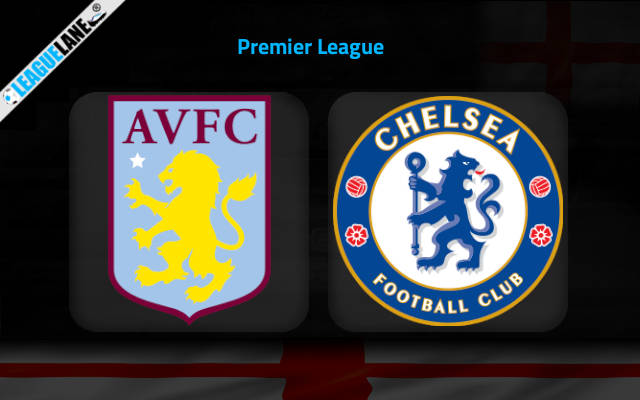 Aston Villa will not be the favourites to win this match and they now can’t finish higher than their current position of 11th but they will aim to spoil Chelsea’s top four bid.

Villa have had a good season overall when we look back at last season and the club were almost relegated so there have been some big improvements with Dean Smith’s side. The one worry though is that the club had a poor 2nd half to the campaign.

However even though form has not been at its best Villa did win their last game when they beat Tottenham 2-1 away from home, this was only the clubs 2nd win over Tottenham in the last 19 meetings.

Everything is on the line for Chelsea who are in 3rd place but could still drop down to 5th if they draw or lose this game. Overall league form has been excellent for the Blues with just 2 defeats in the past four months. Chelsea beat Leicester 2-1 last week in a huge win for the club but anything can change on the final day of the season.

Recent away form has been solid with 3 wins in a row and their last victory on the road was against Manchester City. Chelsea will be the favourites to win this game but one suspects that they will have to dig very deep for victory and this remains a tricky fixture for Thomas Tuchel’s side.

For Aston Villa nothing is at stake and they play and try to win to change up what could happen in the top four. It is interesting that the assistant coach of Villa is John Terry who is regarded as a Chelsea legend. Could Villa simply not play at 100%? Who knows.

Chelsea are in fact the much better side but there will be some nerves and also the fact to protect players given that the Champions League final is only six days away.

Still we expect Chelsea to win but that doesn’t mean it will be easy for them and Villa are sure to have plenty of opportunities and cause problems. But the overall quality of this Chelsea side should be able to shine through.