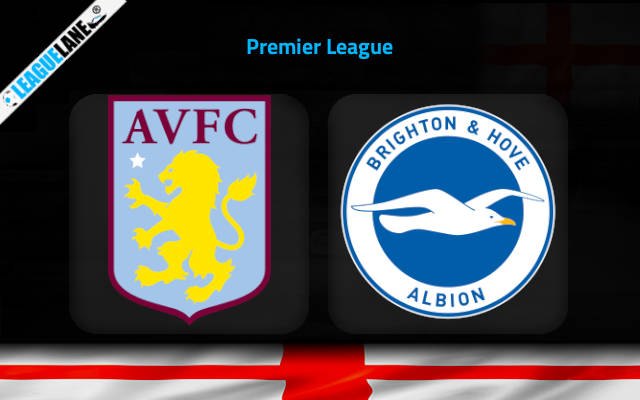 Aston Villa will line up under Steven Gerrard for the very first time, and that too at home. Fans will be expecting a lot from the PL legend, especially since their team has been a train-wreck lately.

However, the new gaffer will need some time to turn things around, and it would be pointless to expect miracles right away.

Meanwhile, Brighton are going on a poor stretch of performances at the moment, and are conceding goals in plenty. As such, both these squads are currently in similar state of affairs.

By the looks of things, anticipate a thrilling ninety minutes between the two – since either are eager to win. And while the result would be anyone’s guess, goals seem to be a certainty.

The Villa lost 1-0 on the road the last match-day, against Southampton. This was the final straw for the management, as they bid goodbye to their manager, and went after Gerrard.

The immediate objective for the former Liverpool captain would be to put an end to the losing streak.

The team will be at home, and will be revitalized under new guidance. And they even might be able to put an end to the continuous run of losses.

However, considering their state of defense, a clean sheet looks unlikely.

And the same goes for Brighton as well. They too are conceding goals in huge numbers. Just the last game week, they were held to a 1-1 draw at home by the relegation-threatened Newcastle.

And on top of that, goals have also come in huge numbers in past h2h meetings as well.

Considering all these observations, expect a goal-fest at the Villa Park this Saturday.

Tips for Aston Villa vs Brighton