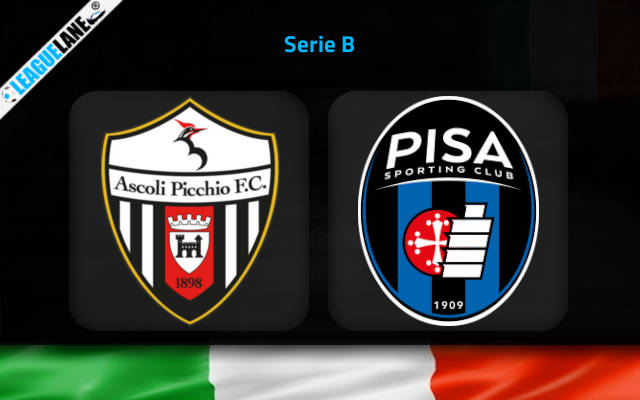 Pisa are at the top of the Serie B table, and they are primed to go after the title. With just nine more match-days remaining in the league, they have the opportunity to go after a ticket to the top flight as well.

Meanwhile, Ascoli are struggling with their consistency, and are letting in goals in huge numbers as well. Moreover, they have a poor h2h record against this rival too.

Judging these observations, expect a win for toppers Pisa this Wednesday at the Stadio Cino e Lillo Del Duca.

Ascoli were winless in three of their last five overall fixtures, and they have not kept a clean sheet in their past five games. Going on, they have also managed to win just thrice at home since August of 2021.

On the other hand, Pisa are on a three-match winning streak, and they had scored a total of seven goals in the process. Moreover, they had remained unbeaten in 25 of their last 29 overall fixtures.

By the looks of things, expect a win for Pisa this Wednesday.

Tips for Ascoli vs Pisa