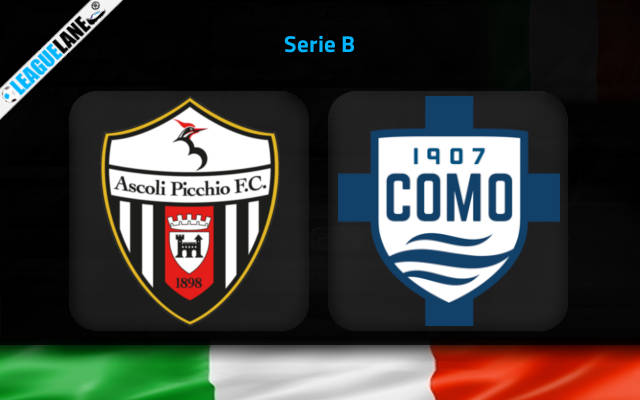 Ascoli are determined to go after a spot in the top-most tier, and are currently trailing just a single point below the cut-off. Meanwhile, Como are one of the worst teams in the Serie B this time around, and are placed in the relegation zone at the moment.

They are also the worst team on the road in the tournament. In fact, they scored the least number of goals in away games, and they also have a 100% losing record in such fixtures – barring just two draws.

Meanwhile, Ascoli are placed ninth in the table at the moment, and they are going after a top-eight spot no matter what. At present, they need a surplus of one point to climb level with the eighth-placed Sudtirol.

And it is in their best favor that Sudtirol are pitted against toppers Frosinone. The toppers are expected to win, and this is an opportunity that cannot be let to go to waste.

Expect a win for Ascoli this Sunday at the Cino e Lillo Del Duca.

Ascoli had a tough schedule in the past few game weeks, and they still managed to deliver good performances. And now they have been afforded an easier match-up.

The team surely will be going for the win at home, against Como, who are yet to register a win on the road this season. In fact, disregarding just two draws, they have a 100% losing record in such fixtures.

And to top this all off, Ascoli also have a great h2h record against this rival over the years.

For these reasons, expect a win for Ascoli this Sunday at their home.

Tips for Ascoli vs Como