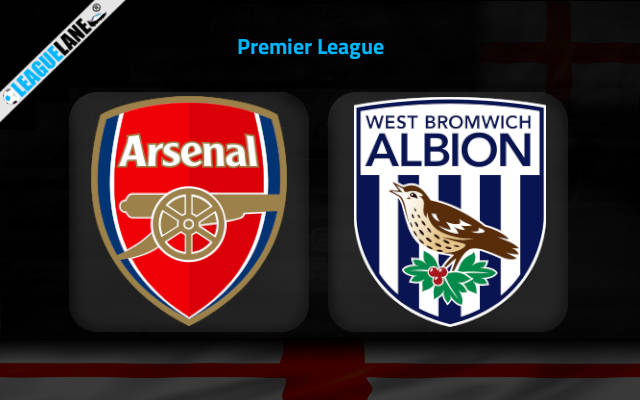 It’s been a week to forget for Arsenal as they crashed out of the Europa League at the semi-final stage. The Gunners were the favourites to beat Villarreal but in the 2nd leg the match finished 0-0 and Arsenal went out 2-1 on aggregate.

It means that Arsenal have no chance to play in next season’s Champions League and they might miss out on the Europa League too, if so it would be the first time in 25 years that Arsenal wouldn’t be playing in Europe.

Currently the Gunners are 5 points behind a European spot and that is to Liverpool who also have a game in hand so Arsenal’s chances are very slim. Last weekend the club beat Newcastle 2-0 away from home and that was a solid result.

Recent home form has been very poor though and Arsenal has just 1 win in their past five with their last game here ending in a 1-0 defeat against Everton. The objective for Arsenal will be trying to finish in the top half of the table.

West Bromwich Albion are in theory relegated and that should be confirmed this weekend. They have put up a fight but ultimately are going to fall short. They are in 19th place and will try to finish the season by passing Fulham.

The Baggies have drawn their last 2 games in a row and form for them has been good where they have earned 8 points from their last 15 and lost just once in their last five games.

Arsenal will be wounded and they have a great attacking team on their day, so the question is what version of Arsenal will turn up? We believe it will be an angry version, one that will be determined not to just win this game but win it well.

Let’s think of their old rivals Tottenham who after losing the Carabao Cup final played Sheffield United and won 4-0, and we could see the same happen here.

Arsenal would relegated West Bromwich Albion but also give their European hopes a helping hand with victory. Any other result just seems unthinkable although Arsenal have been average this season, but the feeling around the club has to be to win this game.

The Gunners are around 1.50 (1/2) to win so we will pick out a better value choice for their victory.