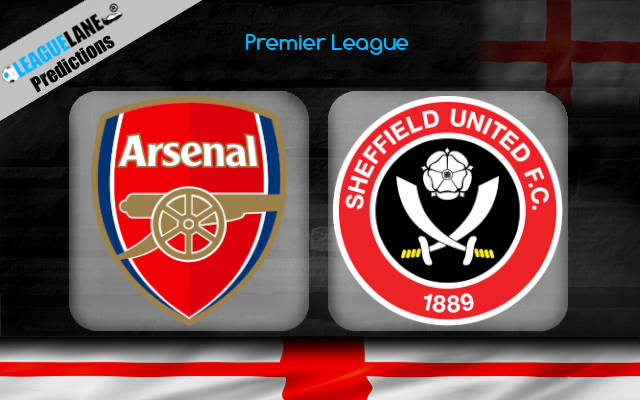 The Gunners have been nearly unstoppable in this new season, and they seem to be going after a podium finish. In fact, their sole loss in 2020-21 in all competitions had come against defending PL champions Liverpool.

Despite that defeat, the team did deal out revenge three days later. In their EFL Cup fixture, Mikel Arteta’s men eliminated the Reds, and this was preceded by the Gunners winning the Community Shield against this same rival.

Likely, the Gunners appear to be one of the most dangerous teams in England at present.

Almost exact is the case of the Blades. After being promoted to the top flight a season before, Chris Wilder’s men had a good campaign the last year. But now it seems that their luck has run out.

They have lost all three of their matches so far in the league, and embarrassingly are the only squad yet to score their first goal this season.

On top of that, Arteta’s men also do have a superb h2h record against this opponent.

For the reasons, expect an Arsenal win this Sunday.

Arteta’s men lost 3-1 on the road the last match-day, against Liverpool. Meanwhile, Wilder’s men lost 0-1 at home the past game week, against the newly-promoted Leeds.

In fact, they are completely winless this whole season in all competitions, and are on a 100% losing streak in the league.

On the road, the last they won a game was back in February, and they also had lost six of their former seven road trips.

On the other hand, their opposite number had won nine of their preceding ten overall fixtures, and they are also on a seven-match winning run at home. In fact, their sole defeat at this stadium in 2020 had come in the Europa League.

Finally, the Gunners also do have a great h2h record against this rival, and are unbeaten at the Emirates since 1990 in such encounters.

Taking into account these observations, expect an Arsenal win this Sunday.