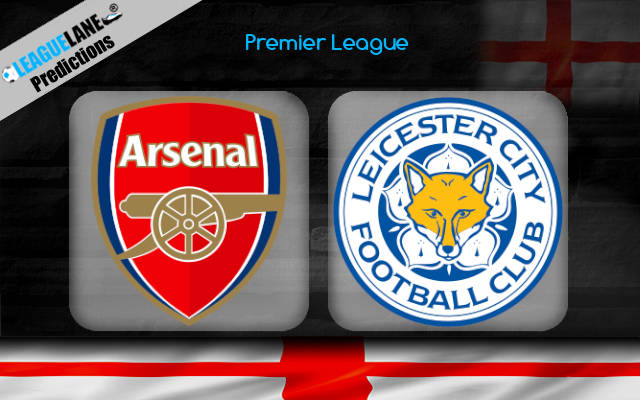 Both these teams have huge ambitions this season. The Gunners have been desperately trying to get themselves back into limelight in the PL, and with the likes of Liverpool, and Manchester City experiencing injury setbacks, they feel the time is right to make their move.

Meanwhile, the Foxes missed out on a top-four spot the last season by a whisker, and thus an entry into the Champions League. For sure this has been hurting them for some time, and they are determined to make amends in the new campaign.

However, unexpectedly, Brendan Rodgers’s men have fallen prey for the injury curse, and now they stare at a considerably lengthy period of time without some of their major players.

And to pile on it even more, they have had to make a trip to the Emirates Stadium this weekend. Keep note that Mikel Arteta’s men have been nigh unstoppable at this venue for the past several months, and worryingly, the Foxes have not won once here in the past 25 years.

Likely, expect Arsenal to have a huge edge going into this encounter.

Arteta’s men lost 1-0 on the road the last match-day, against Manchester City. In the meanwhile, Rodgers’s men lost 0-1 at home against Aston Villa.

However, the Gunners had won 12 of their previous 15 overall games, and they are also on a nine-match winning run at home. In fact, they have a 100% winning record this season in all competition, barring their encounters against Liverpool, and Manchester City.

On the other hand, the Foxes had lost three of their previous five overall matches, and had conceded two or more goals in four of their former six fixtures. And on the road, they have remained winless in eight of their preceding ten games.

On top of all that, at this venue, the hosts simply have been on another level in h2h clashes. Not only do they have an unbeaten record in such games since 1995, but they have also won 12 of the last 13 PL meetings at this stadium.

Taking into account these observations, expect Arsenal to dominate proceedings this Sunday.