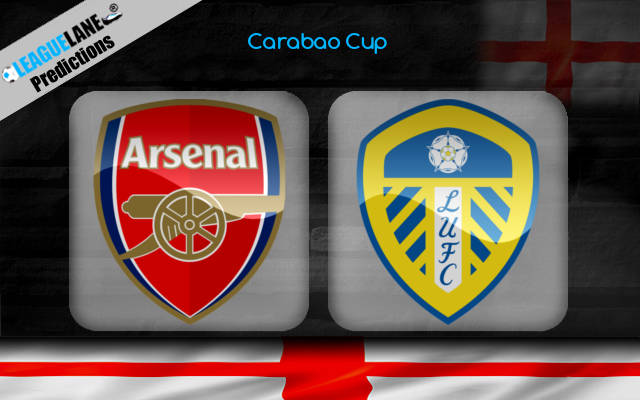 No one expected the Gunners to overcome their problems so quickly. But here we are. They are on a roll, and especially so at home. And this Tuesday, against the struggling Leeds, they easily are expected to pick another win.

The Gunners had recorded a comprehensive 3-0 win at home the last match-day in the competition, against Wimbledon.

They have been on a path of redemption after going on a dismal streak at the start of the season. Lately, they are doling out wins consistently, and especially at home, they are scoring in huge numbers.

Meanwhile, Leeds had to go through penalties to overcome Fulham (Championship side) in the previous round of the Carabao.

They have been on a poor run since the start of the season, and it seems they might be on course to get relegated at the end of the campaign.

As of now, they are placed 17th in the PL table, and have a single win all through this league season. They are conceding goals in huge numbers, and particularly so on the road.

Moreover, they also have a poor h2h record against this rival over the years, and considering all these observations, expect a win for Arsenal this Tuesday at their home.

Tips for Arsenal vs Leeds