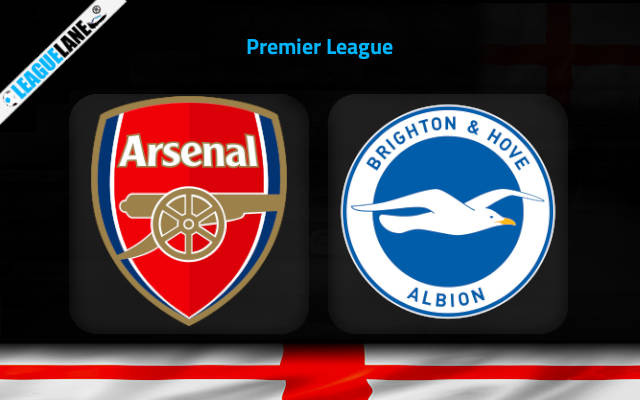 The Gunners have been going after a top-four spot for the past few years now. Ever since Arsene Wenger left them, the team has been struggling to do that, and this year finally they have an opportunity to do that.

After a slow start they went on a rampage, and delivered win after win. As a result, they are now placed fifth in the table. They are level on points with the fourth-placed Spurs, but have a game in hand, which gives them confidence.

It needs to mentioned though, that they surprisingly lost their latest match-up, and are now desperate to get back into their winning groove again.

And they have got the perfect opportunity to do that. They are pitted against the struggling Brighton, who are on a long winless run. In fact, most of these were losses, and this team has been conceding in plenty in the process.

Note that they have also been a mess on the road for quite a long time.

By the looks of things, expect a win for Arsenal this weekend at their home.

Arsenal did lose 3-0 on the road the last match-day, against Crystal Palace. But they had won seven of their former nine fixtures, and in the past 10-month period, they have lost against just three teams at this venue – Liverpool, City, and Chelsea – some of the absolute best teams in the PL.

On the other hand, Brighton were held to a 0-0 draw at home by the 20th placed Norwich the last game week. They were on a six-fixture losing streak before that, and had remained winless in 25 of their previous 28 overall games.

They have also won just twice on the road since September, and these two victories had come against teams placed 17th or below in the table.

Considering these observations, expect a win for the Gunners this weekend.

Tips for Arsenal vs Brighton